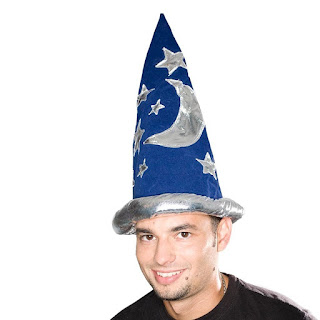 I should have clarified: I don't work at Apple any longer. My post yesterday went about as viral as a post on my Facebook wall can go. It was "liked" by many, loved by a few, despised by all others. I neglected to mention that I left Apple about five years ago and now work for a company that suits me even more: Zendesk.

I don't normally advertise where I work, because my behavior can be so erratic at times that I did not wish to unwittingly make them appear to be an accomplice to any of my many heresies. It was there, Zendesk, that I meant when saying that I am fortunate to work with such bright and lovely people. The culture of sharing, helping, and education there is like nothing else I've ever seen or felt. I have learned much, and have a much greater vantage point on what there is next to learn. The world is a more exciting place to me now, through my proximity to these very smart and helpful people.

You see? Talk of work is boring, especially if you're happy at your job. It's why I hardly mention it, most people are unhappy in what they do. My only complaint is that it is the same drain on my time as if I was unhappy there. I just happen to feel the other way.

If by doing a really good job at work it was somehow possible to not only get paid in money for it but to also get my time back each day, then you would never hear me complain about it again. I would become the smartest writer on this site.

Age does take a toll; the slowest moving marauder to curse the life of man.

I wish that I would have fallen into a position like I have now much sooner in life, when my mind was more malleable and could be used as something other than a caged carnival oddity. The decades of drugs and alcohol do take their toll, also. Though you are, of course, welcome to draw your own conclusions about such things. If you suggest that it's my age then we can discuss it in the corporate HR offices here at seanq6.blogspot.com. I happen to have a friend that works there and I'm not above pulling some strings.

Few things excite me as does the attempted misuse of imaginary power. When I'm ratting on people in the HR office I have a special blue felt wizard's hat that I like to wear, it's covered in stars and crescent moons. I tried to find a matching wizard's robe, but instead I just stole a mauve one from an odd roadside motel one irriguous afternoon in north Florida in the late 80s. I go by the name Gonadalf, Gandalf's half-testicled, half-brother, a warlock that barely bothered studying. The grey sheep of a greying flock of guru magus.

Oh, I just jest... I possess no supernatural powers. The only specific incantation that I know is the one described best in the song I left here the other day: Hocus Pocus, which can cause an erection that lasts up to four minutes.


Okay, ex-lovers and future friends. I can't sit around here all day reporting imaginary co-workers to an fictitious human resources department at a nonexistent startup, one that specializes in electronically mimeographed screeds designed mostly to distract you from your day job.

Speaking of, that is a funny trend that I can see here at this site. When I used to pay more attention to such things, I would see surges in traffic on Monday morning here, much of which would occur right around 9am and thereafter on the east coast. Just as people were arriving to work I could see a spike in readers, many of whom were reading three posts or more each, which seemed to suggest that people would mostly read this site only while at work, and catch up on posts made over the weekend. For a long time I could even see that a fair amount of traffic was coming from Apple's networks, so I knew my co-workers were catching up on my more recent undoings.

Now, I've stopped paying attention to such things. It does no good to watch people reading or not reading posts that you make. It starts to feel as if you're jacking off in a department store, and not even in the women's underwear section, but somewhere weird.

Oh, that made me giggle. You know, not there, but somewhere weird.

If you really want to have some Krautrock fun, try this.

Tomorrow we will discuss the many merits of their album, Future Days.

If you don't know the band Can then I'm going to have to ask that you to stop reading this site at work and dedicate those newly freed resources to studying them, as the clock on the break room wall ticks off the particles that comprise the remainder of eternity.