"... across the porch as the radio plays" 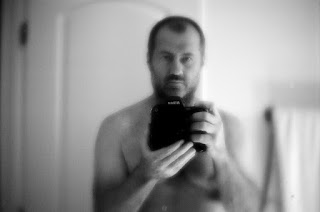 (What did I come in here for?)

I'm losing my edge - my life is boring, satisfying. I want to travel, I want to buy a new lens for my camera, but I should buy a new couch and a new kitchen table and chairs. I can hear my inner voice telling me to do the responsible thing. It drives me mad that an old man is now trapped inside of me. I heard the voice yesterday, after a particularly depressing bike ride. Nearly the entire ride I kept stopping myself from my corkscrewed line of thinking after having found that I had once again gone down another dim spiral, many of which were ending in darkness, fear, or death. Thoughts to which my youth had some immunity.

At middle age, a week is no longer a material unit of time. They pass by the window as successive wheat fields stitched across the open plane of horizon, each one more like the last than the one before. A week is barely a day or two, now. The only thing that allows me to recognize their passing is by scheduling non-recurring popup events in my calendar. I randomize them so that every couple days something dings on my also vibrating phone. A message pops up to say, "You're probably still alive. Hurry up, do something about it."

If I don't actively take steps to mark time's passing then it forgets about me. I'm the dejected girl left waving on the front porch of Thunder Road. February's ending surprises me more and more each passing year. The stars lift pages up and off of the calendar, disappearing into the nights above.


The days used to move slowly, any one of them could be used to accomplish a thing if you focused on it. Now, a month is the standard by which I can sense the forward motion of implacable time. Secular time that is, of course; sacred time awaits me, still. With my last breath I'll try to pledge eternal allegiance to Aquaman, or some approximation of a god. I promise.

I give my heart to Uranus!

Aging is like being in therapy without a therapist. You know that you're there in part to address the problems you have with self-love but you're not entirely sure if the relationship is going to work out. At some point you must concede that you can neither fight with nor convince your better days to return. When it comes to better days, they must be made anew.

There are so many books on my shelf that I haven't read yet, some that have been there ten years or more. I had thought that by this point in life I would be reading Beckett's minor works, that there might be young people straining to hear me speak, to swoon at my mature erudition. Middle age does a horrible thing to everybody, but the costs for an intelligent person are particularly galling. Your mind is racing your body, trying to artfully document its descent, knowing that it can never quite match such a well cataloged youth.


Now, I wouldn't say that I've been the unwilling victim of age discrimination, but there have been a number of people who, in their friendly joking, have made me feel stupid for being old. Old for being old, also. Working with so many bright young people is a tremendous life benefit, though some of them can be much like me: honest. Nothing stings more across time than does the truth. Truth is how love begins and ends, every time, most of all when its hand can not be seen but rather only felt.

I have become more at ease in joking as I age, there is that. A comfort that I should have perhaps been more wary of. That comfort invites all sorts of changes, few that are directly beneficial to me. The main change being that I have become an easier target for derision. I see it happening all around me. It would be foolish to claim that some of it isn't well deserved, but still... I was the cool guy in the room not so long ago. Irreverence becomes a type of curmudgeonliness sometime during the decades that pile up at mid life. What was once a cool and measured disdain for anything outside of my manufactured sphere of influence becomes another middle man arguing against the first appearance of unwelcomed ghosts.

Wit rarely hesitates, the best of it never fumbles. Yet midlife seems to be little else but hesitation and fumbling, as if I'm being prepared for something else, something less graceful even than this, some new shame that will appear to also be my own doing, a result of some forgotten but poor choice. I hesitate now more than I used to, which causes all manner of embarrassment, as it occurs in no apparent relation to risk, just the mind stuttering at the vague ignominy of age. In growing older the dangers multiply, moving together as shadows stretching at dusk, and then just after.


(An experiment in writing. Ignore most of it. It's all just made up.)