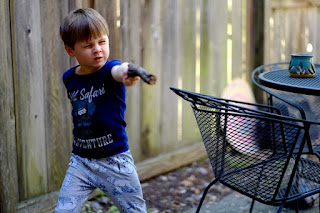 One of the first books I read that had impact on my young mind was, perhaps predictably, On The Road. It was the first book I read that felt like a secret between the writer and me. As if by reading the book we shared a thing barely known, a thing that I would popularize among my friends, just as I did with the Velvet Underground. I falsely believed to have discovered many things, though I was a fan of both Jane's Addiction and The Pixies long before others around me. So, I have that little victory that nobody knew about until now. You're welcome.

I remember sitting in my bedroom on my little dusty dirt road in Altamonte Springs, Florida, thinking that I would fill my backpack with a few bits of clothes, some socks, and then walk to the end of that street to hop the barbed-wire fence where the interstate awaited, to just one day take off into the unknown. I was convinced that I would have my own OTR experiences. And I did, in a sense.

But, by that time (circa '83) it was already illegal to hitchhike, I believe. I remember that cops were harassing hitchhikers. I guess it being illegal isn't a requirement for that sort of thing. The land of the free, etc. Picking up somebody that happens to be traveling the same direction as you and giving them a ride exists somewhere outside of what some would allow. It has to be socialism, no other explanation for it.

Well, if it wasn't outside of your legal rights, then it was something the cops were willing to pretend about and intimidate you into accepting as fact. Between the 70s and the 80s the hitchhikers all seemed to disappear, leaving the lingering question: where do people even go to get killed now?

There were the Gainesville murders, but those came later. Between Ted Bundy and Danny Rolling the hitchers were all scared away by the cops or the roadside rapings. The stories still make me think twice. It just never seemed worth it - being beheaded by some crazed killer that was sure to perform satanic rituals on your unbodied skull just as soon as you pulled over and said, Hey, how far you going?

I remember that Danny Rolling was put to death on my birthday about a decade ago or more ago, and that Ted Bundy was put to death the same week that Salvador Dali died. I could be wrong about both of those, but that's how my memory has stored those barely related facts.

Have you noticed how Americans seem to have temporarily lost their interest in serial killing. You don't hear as much about them now as you did twenty years or so ago. The spree killing of children has overtaken the moribund mind of the nation. I guess it's easier to react with self-righteous and indignant morality than with unexplained morbid fascination, though not by much.

One of the oddest compliments that I ever received was from a little woman that I had a temporary but abiding crush on. Once, when she was describing her feelings towards me she said that I had very penetrating eyes, intense, a Bundy-esque charm. Those observations didn't quite prevent her from having interest in me, but I'll never forget how unfair it seemed as an observation. There was nothing to do about it, it was still flattering, leaving me defenseless, trapped. I have severity issues.


Turns out that I didn't kill her.