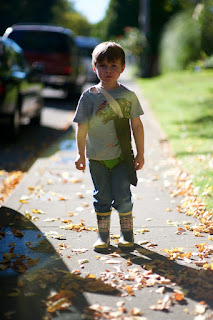 Stress, I guess. I have had a lot on my mind, too much. I finally requested a transfer out of my current role at work. I have been with it for almost six months and it didn't feel like a good fit, so I am hoping to transition to another area of the product where I can lead and be happy once again. It is a sailing from one complicated sea to another.

There have been other concerns also, less matters of the occupational mind, more of the heart and spleen.

As a self-administered effort at a cure, over the course of the day I tried Xanax, Vicodin, Temazepam, Valtrex and a few other randoms of various shapes and colors that were bouncing around in my shaving kit, possibly a Cialis, a few stool softeners, even 650 mg of aspirin, all paced out evenly every hour or so; opioids, benzodiazepines, anxiolytics, some standard pain killers.

I would have given myself a Herradura Reposado enima if a Spanish language website would have suggested it. Or, even maybe Patron, though that seems excessively Catholic, and a bit too priesty. I got halfway through inserting a catheter in the name of the lord before I became distracted.

Nothing worked, though I do feel quite relaxed now. I would make a whiskey double with ice but I am caring for the boy and do not wish to be irresponsible. To some, that list that I just went through might already seem well over the line of responsibility, but they do not know and could not ever understand what my central and peripheral nervous system has willingly put itself through over the years to achieve this level of resistance.

So, when the coordinating organ of all nervous activity turns against me it is a mutiny that few others would understand, requiring an orchestra of late 20th century advancements in chemistry to put it down and quell the insurgence, returning the ship to its rightful captain beefheart and the magic band of gypsies.

Not yet though, the pirates are still raping the optic nerves all the way from the retina back to the retinal ganglions and on to the chiasma.

I would drown a kitten for some Propofol right now, just to ensure rest.

If there is anybody out in this cruel, cold, and chaotic world that has 100mg of Propofol or Thorazine, and would want me to drown a kitten in trade, then please reach out directly to me.

I'll be here waiting, squinting in the darkness of anticipation.