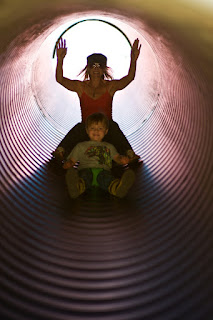 mirror at the bottom of the well
please, just pickle the feckless,
for us, but also
do a favor once
... after this:

ripples, ever ribbing,
never tell, or else

we paid one quarter each,
or nothing at all,
and sometimes
something less

The Cubs nearly swept the Cardinals 3-1 in the National League Division Series, which is only just the latest victory against mid-western heathens and their ever-limping adherents.

Rachel's grandpa passed away without much seeing of a thing like this, living mostly in the Waukegan region his time, then passing away at 88 or 89, just after visiting his great-grandson, our blue-eyed boy. He was nearly 90, birthday on July 4th. A charmed life, to be sure. Lived on a generous pension for many decades after duty. Traveled the globe and still passed with the thoughts of a just passed lover at a home he never returned to living.

I liked the guy much. He had his charms, a joy to have around.

My own South Boston dad died last Super Bowl Sunday. You can imagine what a blast it was to have me at that guacamole party. The Patriots won, so maybe offerings of old people up to the gods actually do work, like limping goats heading towards a burned Elvis.

Science has disproved so little in its infancy. Why not Presley bovines. It is merely a problem of confirmed affirmation, belief-bias. The Catholics have been working towards and amongst it for years. If Jesus can be a lamb then Mick Jagger will soon assume his Goat's Head Solar System.

My son is a Catholic Cubbies fan, though he doesn't quite know either yet. He was born with it, inculcated, just as he was with his grandparents and parents, region, then locale.

He has a hat with the famous red "C" centered and stitched on by Chinese starvers. All of his friends are Giants' acolytes, though he has outgrown them now by leaps and brands. The kid's a genuine bruiser. Even his adult teachers complain. I would back him in a street fighting bet against almost all of them. Though he does have one teacher that is fat and angry and disappointed. I would not give odds against her. No betting thinker would.

I want one of those Cubbies hats to express my solidarity with the boy.

So many think that I am also a filthy Pole, though for reasons quite unrelated to national heritage. I'm only Irish. Apparently, I am stiffish and prickly, with herpes and whatnot, and topped with an exceedingly large skull. It is the result of having been young and idealistic, and then there was some genetic variance, and a touch of bad lucklessness. I don't even remember whom.

Old people stop caring about sports, I've noticed. They might do it here and there for the sake of their grandkids, or maybe nephews on Thanksgiving, but their ailing hearts are not in it.

They know a truth that goes by the phrase, "Oh yeah?"

Who can blame them. I am as much a fan of aging as I am of the Cardinals, particularly the ecclesiastical. I grant and allow that they have good and bad years, but I only really believe in post-season.

October makes more saints than all of the months.

The old wish to wander freely, to care for their gardens, to fart with impunity, feed the cats. To be left alone with meaning. It is futile, the best among us know this, eschew the silly insistence of all others. Faith draws flies with the uneasiest pencil.

Manner and style die and disappear for a bit, along with the willing forgetfulness of those soon gone. Trapped by the arrogant demands of demand. A life of evil or a life of grace or generosity and gratitude end equally in the fashion of the dust that once only seemed stress.

So scream and refrain, now and then, just to be unsure.

Why not love? Why not try, then maybe blame the timing and the cure on others.

Blame it aboard, about, against, then above this or that again -  preposition yourself against the preposition that bothers others, or around which so many others bother.

Why should one answer the silence of another human heart.

Let's hope, for once; finally don't speak about it.

Haven't we all heard enough.

It's all just stuff to be stuffed.