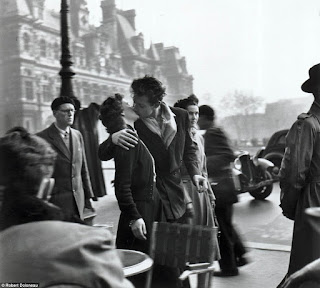 "They slipped briskly into an intimacy from which they never recovered." - Fitzgerald, This Side of Paradise

I've made the mistake of reading the early, youthful poetry of two poets lately - Rainer Maria Rilke and Pablo Neruda. The latter of which is a collection of love poems, the former a series of meditations on God and prayer, naively subtitled "Love Poems to God."

They're both abysmal. Perhaps it is a bad time for poetry, or times. Though, imagine this: a fifty-three year old man writing pubescent love poems. Hideous, we'll all admit.

I would so escape from the underwater chains of it all, says Harry Hideousini,

Dr. Hummus Who was there to recite the parfait.

A few years lack I was reading John Berryman, a friend pointed that poetry had disappeared from literature, at least from conversations concerning, that the world no longer had any use. It is non-essential. I had always thought its inessential nature was its special, programmatic magic. It's absurdly useless, as love without warmth, without empth.

But no, it's all useless, just. Just you. It does more for the writer than reader.

It's the nature of hope. Its nature, hope too.

Never trust a poet that dies of natural causes.

Why am I writing about poetry? Clause.

The last poem I hoped to write failed easily enough on its own demerits, with a little help from my senses.

What do I do when my love is away? Does it worry you to be alone….


I'm unsure that it will return to me, again. Soon enough, in an unexpected and predictable wave of pomposity, an arrogance of offering. Some thing will trigger a flourish. An unexpected comma will ignite. The fuse at the bottom of a sentence hangs, begs for a match, or a quarter for a phone call, a sleeping twizzler turned of asbestos.

I just ordered this drink (the review of which was written by one of my favorites). That should just about do it... A burst of mania, I'll think myself poeted once again. You 'l see.

Again, always too soon. I can not write about that which concerns me most; my own damned faults.

I have swept the dust so much towards than this away.