The remnants of Patricia 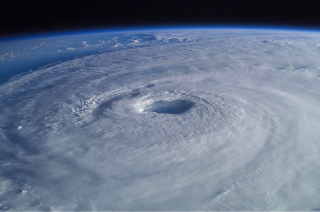 Jesus, I fucked up.

I did not anticipate residual hurricane rain on my day wandering around NYC. Now, I sit in Starbucks looking at my options, none of which seem very appealing, most of which involve me doing things I don't want to do with expensive camera gear and a work computer strapped mainly unprotected to my back. After having left NYC I never thought that I would relish having a car, but I wish I had one now, and I'm not quite sure why, nor what I would do with it. I just don't want to feel like a beaten water rat wandering the gutters of this city.

When I first moved to NYC I was told by a small handful of people that it takes living here about seven years before you become a "real" New Yorker. I reminded one of my friends of that claim this morning and he had no memory of it, though we both agreed that it sounded about right. Few San Franciscans make such claims and the term "San Franner" does not have the same connotative ring to it, nor does "Franciscan" though I wish desperately that it did, if only for the common Catholic perversions. The old vanguard there in SF is a curmudgeonly lot. The world is changing around them with a greater and more definitive swiftness, and few take those changes as improvements. New York has a way of saying, "Fuck your idea of New York..." as the starting point of negotiations.

My NY is gone and perhaps only I care. The friends with whom I normally stay have moved elsewhere, as have several others, and I now sit in this coffee factory using their free wi-fi, plotting my avoidance of the inevitable downpour. I stepped out of my comfort zone in one way, so part of me embraced it in another.

It's a good thing that CS cancelled his trip here, because he would be watching me drink his whiskey in his hotel room right now otherwise, a thing that he has done in the past with intermittent success.

Well, I suppose I could shit myself and wait for them to kick me out of here. That option is still and always available to me. It seems a popular one and they have braced themselves for it.

I am semi-exhausted and trying desperately to keep a lunch date with Wonder Woman. Balthazar, Soho.

I want a taxi that anticipates my needs, ignoring the needs of all others. I want a city that bows to my whims, though not too much. I want to be wowed by it. I want to have some awe for it. I suppose that wealth confers those things to some degree, education or knowledge in others, aesthetic sensibilities in yet others.

Where does one accrue such things, in such a place, trapped soon in the rain.