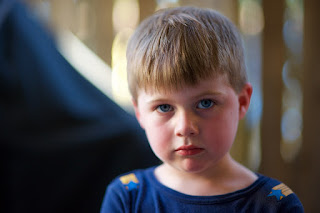 Hints of winter are appearing near the earth's edges where sky meets horizon, creeping inland. There still remains so much that I had wanted to do with this summer, now past. Camping trips that never happened, a few other trips whose plans never quite unfolded. A treasure map left in the pocket of jeans now washed twice, ruined with water and soap. The air mattress that I bought for the new tent already has a slow leak. I awake in a crevice of air with my back touching the ground. I blame Burning Man, or its aftermath cleanup, which has somehow stretched on into multiple months now.

Rhys has started telling me that he does not love me, and that he does not want me to pick him up from school any more. He could not possibly understand what this does, what affect it has. The little boy who only weeks ago would run and jump into my arms out of pure excitement to see me. He is experimenting with new moods, mostly mine.

I just spoke with the boy over FaceTime and he reaffirmed that he does not love me. I must have been living under the false impression that a boy waits until the age of 15 before openly making such claims, screaming it from the front yard while raking a bag of leaves, or weeding a flower bed. I had believed there was a golden window in which a father didn't have to hear these things. I had once believed so many things, perhaps too many.

Well, things could be worse, I suppose. We just ended the conversation and he did playfully affirm his love for me. He opened his mouth, one that was full with a half chewed bagel and strawberry jelly, presented to me as a faux goodbye kiss towards the iPad camera through which we spoke.

Who can adequately predict the capriciousness of a child's heart, their whimsy - or anyone's, ever. When does the exchange cross over into cruelty. Who can possibly derive hope from such newly formed emotional chaos. Who can blame anybody, or understand.

I guess it must be up to me.