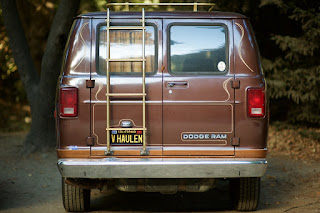 I feel as if I have already been attacked by the Daylight Savings Blight. I awake at a normal time. It is still dark, yet I feel jet-lagged, thick and lethargic. Coffee resolves part of this feeling, but at what cost. I have been sleeping in almost as late as the boy lately. It makes no sense. More sleep doesn't result in me feeling any more rested. It's as if I had awoken into retirement but still have to go to work.

I imagine this feeling will pass in another few decades.

I sit here with the boy watching some morning cartoons. Shrek 2, I think. It is obnoxious in its relentless cuteness and pop music montages. There is so much to do around the apartment. I have put it all off to the point that it has grown monstrous in magnitude. It's mostly just some laundry and dishes, maybe pulling the camping gear out of the car, but I have lazed against it as a conscientious relaxer.

There is a rasher of uncooked bacon in the fridge. I pulled a glass cooking pan out of the oven a few days ago at 400 degrees. I took the two pieces of chicken out of it and did with one of them as you might expect and put the other in a tupperware container with some cooked beans. I put the cooking dish in the sink and ran water over it. Within a few seconds it exploded in an array of nearly equally sized pieces. The shards remain where they occurred. I haven't yet decided how I am going to go about getting them out of the sink, though I have a few ideas.

This morning appears to be the deadline for my disaster recovery proposals.

Okay, that bacon's not going to cook itself. Though, it would be no small miracle if it did. The divine gift of cholesterol convenience.

You know, this guy: 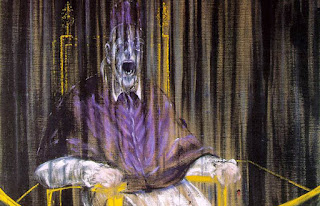