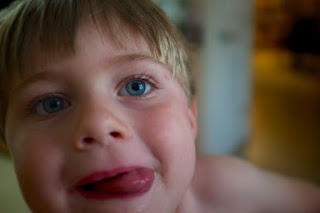 I know that my son loves me much, of course. Yesterday's post was just a relaying of the facts. It's still a tough thing to hear. The boy is suffering the results of separation and divorce, also. The two year anniversary of our separation came and went earlier this month without any grand celebration. I hadn't even thought of it until now.

Life moves on, either by love or inertia.

I spoke with ol' CS yesterday, briefly. He is living in a financial shitstorm. I don't envy him at all, though my days of monetary denial are also numbered. He has cancelled his plans to come to NYC when I will be there. C'est La Vie, as they say.

It is less than two weeks until my NYC trip. That is sure to get my readership back. My numbers double or more whenever I am on the road. People love adventure, even if it is just me eating salmon and cream cheese bagels daily.

I will be visiting NYC in the most nondescript fashion possible, almost undercover. I will be at an undisclosed address, a Brooklyn "safe house." It will be a working vacation so I will not be able to enjoy the city with the liberty that it demands and even announces itself with boldly at the bay.

I've never visited the Statue of Liberty, nor Ellis Island. My lineage was Irish so South Boston is my path back towards the old world.


A lunchtime discussion arose at work recently concerning the statue's history and I was surprised at how willing I was to offer opinion as fact, without distinguishing either. My take on the hairy colossus is that the face in overly man-ish, and it is. It is meant to represent Libertas, the Roman goddess, but I'm confident that it was also used as inspiration for the face of Superman (who is actually Canadian), such is its forceful angularity and strength of feature. I'm sure that there's a twenty foot copper cock dangling underneath that robe somewhere. Antonin Scalia has written extensively and adoringly on the subject.

She is among the ugliest women in New York. I would have instead named her Robertas at birth:


Well, I should stop there. I'll be tarred and feathered by the end of the month, set aflame in Union Square, encircled by hounds. New Yorkers take their sanctimoniousness very seriously. I should know. I once walked among them as one of their own.