The many murky dangers of anti-semitism (my struggle) 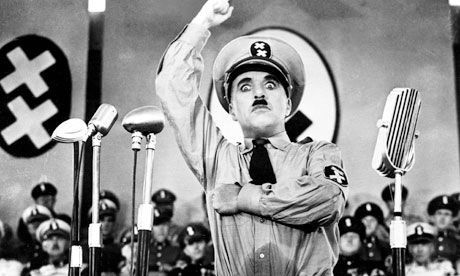 No, I'm not really in the mood to be a contrarian today. The title was just click-bait.

Last night, however, I got into a mild debate with a fellow who told me that "free speaking" is not guaranteed by any country, and that anything that might provoke anti-semtitism is illegal.

I found him a used copy of Mein Kampf on Amazon for under $10, though he did not verify if he purchased it or not. I suspect not. I reminded him that the New Testament has provoked far more anti-semitism than ol' Fraulein Kampf could ever hope for.

I find some people frightening. In their efforts to eradicate perceived bigotry and intolerance they seem to have no problem with the many failed policies of censorship. He was on the verge of accusing me of a hate crime last night, just for suggesting that freedom of speech trumps most perceived verbal or written offenses. If you want Mein Kampf to be rendered meaningless then the answer is simple, let all those who care to read it do so.

I don't mean that the book deserves to be ignored or revered as a work, but instead it deserves scrutiny commensurate with its effect. It's a screed of poorly-written, half-baked political philosophy. Littered with anti-semitism, yes, but that's only a portion of what makes it hackneyed. Just pick the book up and read ten pages. If you're intrigued and wish to go on then keep that fact hidden, because you have the mind of a water rat.

Censorship does not do adequate battle with the ideas contained therein.

The book is still readily available in many countries of the West. Yet Hitler's ideas still pose an imminent threat, we are reminded to believe. It is all perhaps true, if only because there are those whose minds become excited by banal ideas come to monstrous life. Heidegger would lull those same readers to sleep, but few clamor for his expulsion from the library of life.

I hadn't even meant to write that much on the subject. It was concerning Hitler, online, etc.

My adversary could not separate my belief in the freedom of press with anti-semitism. He seemed intent on citing a supreme court case that did far more to support my side of the argument than his, but what can one do in such instances? If you're not pro then you're anti. The shortest possible leap of conceptual logic, that.

Few know that even Hitler distanced himself from the book after it was written.

In the marketplace of ideas each product should be given its chance to fly out the doors or to rot on the shelf. Keeping tracts or manifestos hidden in the back of the shop is a nearly guaranteed way to give them more credence than they deserve.

All hail the suppression of poorly formed ideas!

Everybody is all for democracy, though they scarcely seem to understand what it is.

As long as there's somebody out there being wrong on the internet then I'm assured a place of contention in this wild world.