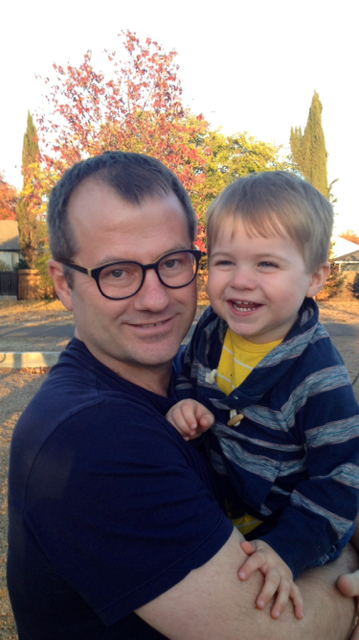 We got snow here all last night. It is snowing now.

I am not that far up into the Rockies, but far enough that my cell phone doesn't work, a thing that I need to function as expected, now more than ever. There are people to call, arrangements to be made, travel plans, coordinated events. I looked into taking a train through the great mountain range from where I am now to my destination, but could not find any options that worked. It did not seem that Amtrak wanted my business.

So, a Greyhound bus ticket, round-trip, was bought last night. The train option appealed to me so much more, for silly, romantic and cinematic reasons. I have only ridden a station-to-station bus a handful of times before in life. I will have some new memories.

I was asked if I wanted to speak at my father's funeral. I do not think that I could. I was also asked if there was anything that I might want read, though I suspect my tastes for such things differ greatly in those situations, and most others.

Perhaps a speech would be better:

There are two fixed points in a man's life: birth and death, buffered by unknowing darkness on each side, a single dash of light leading all too quickly from one to the other, bracketed by nothing. I would expect as much communication with God on either side as I do standing here now: none at all. Thank-you for being here. This life seems far preferable to the great and eternal emptiness that is the beyond.

Light from the snow moon
bright on the fresh, fallen snow
In quiet, we walk

Maybe break that up into two different speeches.

Not sure if I could make it all the way through either of those without laughing, which might lead to worse. Or, it could start with choked tears and then end in laughter. That would definitely be worse.

I inadvertently told my father recently that I am an atheist. It just sort of slipped out in phone conversation, which was met with a disappointed tone of inquisitive consternation. He wanted to know how long I had been an atheist. Like a fool, I told him. I am certain that it worried him. Sons are troubling, especially the younger ones. It is how the bible wanted things to be.

The ol' proverbial way of things.

I am glad that I am not alone now, though it can be difficult to be around others. There is an internal rhythm to this that demands quietude at times, yet I would not want quiet so much that that was all that I had. Last night at dinner a friend asked me a simple question and I couldn't respond. It was not that I was choked up, just unable to form words.

Perhaps I was rehearsing my speech for the funeral.