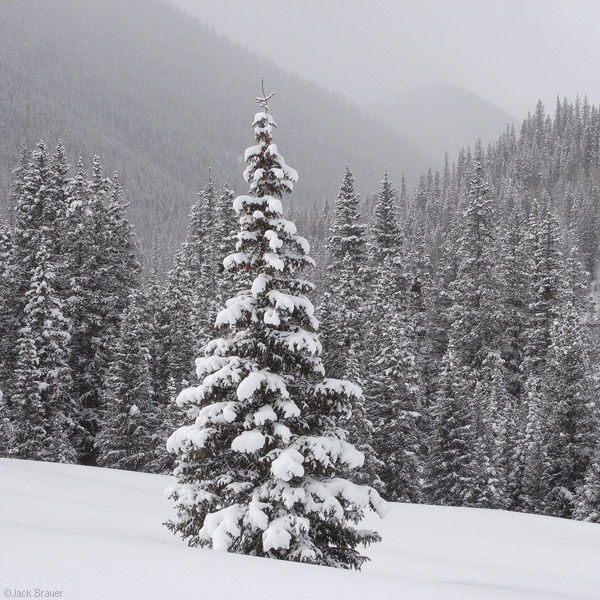 Yesterday, I sat and watched the snow fall, from within the upstairs lodge at Arapahoe Basin.

Lovely, the mountains and trees of the earth simplified, the sheets of falling flakes, their arresting sense of motion, the spruces' branches white and climbing upwards, of the winds then the stillness once the winds ceased. Snow simplifies the landscape; removes detail and distance, then opens the glimpses of distance revealed, then again removed. In this way it is pacifying. The recognition that nothing at all can be done, nothing can be stopped. Nature unfolding, exactly as it must.

I had wished that my brother was there, to talk with, though I do not know what we would say. He was closer to our father than I was, or so it always seemed. He was a good son, the eldest, dedicated to creating and sustaining a consistent relationship with "Dad." He would call him on Sundays, to check in and see how he was doing. For many years, I had believed that he attempted to imitate our father's life, if only to appease him. Though, I am not sure of his motivations and should not make such assumptions.

There will be a service, tomorrow. Military honors, a rifle volley at the Veteran's Memorial Cemetery. The folding of the flag. It is odd, to think of my father honored by his nation like this, though I do not know why or what this sense of oddness is, nor where it emerges. Though I also know in advance that I will feel a sense of pride at him being honored, for his many years of service in the U.S. Navy.

I have few regrets when it comes to my relationship with my father, but I do not remember telling him that I was proud of him. He and I had different versions of love, they need not be compared. It was only in his later years that he began to tell me that he was proud of me. A pride that I did not want, and told him so, which was a thing that I should not have done. It was arrogant, mean, and childish.

My brother and I share a neurosis that seems to stem from our shared family life, though I struggle understanding precisely what the cause is. Looking back, I realize that we were not nearly as dysfunctional as I had once believed, and even insisted upon for a time. We each carry a loneliness with us that is troubling, a seemingly unreachable part of our nature drives us both, though we deal with it in different ways. Again, an assumption to which I may have less access than I know.

I have plenty of fond memories of childhood, many of which have been returning in these last few days, sitting and watching snow fall through the spruce trees.

Nearly lost thoughts of playing sports of daily choice in the neighbor's open corner yard, swimming in another neighbor's pool through the summertime, building a go-cart that we rolled down the hill in front of the old house, a dog house made of wood scraps from the garage and then painting it, exploring the woods near the golf course where there were thorn brambles and a small river that ran through them, riding our bikes to the mall in tandem, driving to New Smyrna beach in the early morning in my father's VW Bug, racing our greyhound in the street, seeing my brother drive home his first car, a red 1970 MG Midget, parking on the side of the concrete driveway, a pine-needle path created for this new machine.

We used to play a version of indoor soccer in our back porch, clearing out most of the breakables and then blasting this miniature NY Cosmos ball against the walls, the screens, the sliding glass doors and windows, and then the inevitable breakables. Blaming it on the dog, Farrah, the loving greyhound, long gone.

It has been four days since I returned the phone call from my brother. The first sentence from him still floating in my mind, Dad passed away last night.

The growing understanding that I will now go to his house where he will not be. It only appears real in glimpses, partial moments only half-believed. The thought of my father's absence has yet to become complete. The emotion of it fleeting and recurring, assuming its depth as it descends into me.

I don't remember the exact words that I responded with.

I believe that it may have been, Okay, I understand.