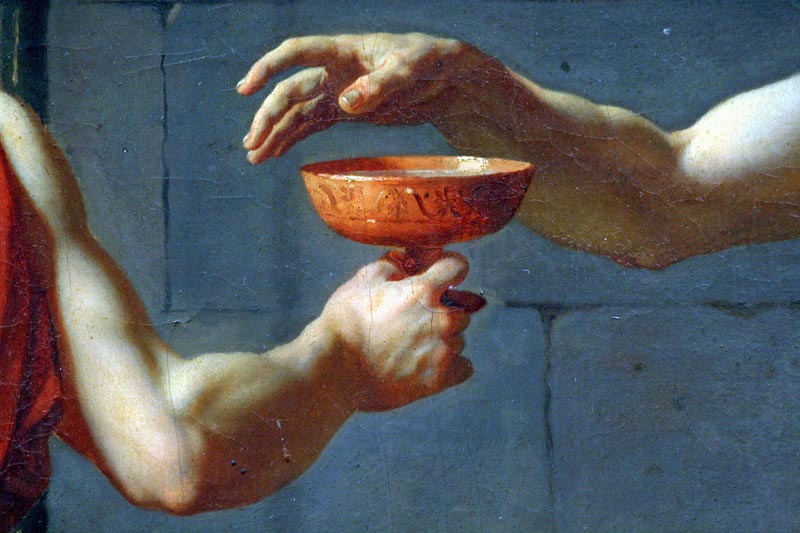 Ah, sweet budding flower of weekend. This morning we have a few people coming over for breakfast, a buddy and his boy. Then, Rhys and I might venture into the city. We'll have to see how he feels. He has stopped napping in the afternoons, which can make life increasingly difficult in the evenings. His temperament strays from the sweet towards the wicked.

Why not? Kids should be humored. Rachel and I don't administer corporal punishment. We are both against it. The science is out there, and has been. It speaks a stark truth. Children that are spanked are far more likely to exhibit signs of depression and aggression later in life.

The "I turned out okay" argument has never worked for me, because nobody seems okay. Anybody that would invite scrutiny by making the anecdotal claim as a rebuff to overarching scientific study deserves to be spanked, more. Some much more than others.

They're the first ones to explain someone else's behavioral inconsistencies with, Well, you know they had a rough childhood, abusive parents, etc.

You don't hear many saying, I leaped from the back of a pickup truck, but landed on the grass. I turned out okay.

I would love to see a series of video clips from prisoners behind bars, all of them just peering through the bars and saying, "I turned out okay." That's the problem with people, or part of it. They never consider that everybody in prison is okay, also. The suicides are all doing fine.

Okay, that's two mentions of suicide in two days now. I should stop, people will think I'm being spanked. I do not wish to die, or suffer.

My readers don't seem to like it when I discuss my ongoing efforts to obtain pentobarbital. Phenobarbital would work also. I am not necessarily a glutton for the stuff, not like other things. I just have a healthy interest in obtaining the stuff, which can be done in Mexico quite easily. You just bring a farmer to the pharmacy and he'll explain he has a sick horse that he loves. It is, apparently, more common than we know.

Anyway... humans are the only animal that can call putting a dog to sleep a humane act, but insist on letting humans suffer through abject misery. It is one of the few luxuries of cognitive dissonance. If I had cancer then people would likely rally behind my right to die. They would offer to fly me to Oregon. But it would take stage four cancer for that to happen.

Well, perhaps my attempts to argue for the right to die can be all too easily misunderstood, so I'll stop. It's just that suicide is not considered a crime in most states, but to assist in it is. What's equally perplexing is that suicide is only treated as a "common law crime" if you are shown to have had "sound mind" when making the decision to attempt it.

How fucked up is that? If you are clear of conscience and you choose to end your own life, then they will treat it is a crime, but only if you seem okay. If you are of unsound mind, well, then you clearly need help. The presumption being that nobody of sound mind would choose to take their own life.

That would be Socratic.

Speaking of, he was found guilty of impiety and sentenced to commit suicide (as an alternative to a worse fate). Impiety is a form of not adequately appeasing the gods of the state. It is like treason, but without a specific treasonous act to be convicted of. His crime was to exhibit that he was aware of his own ignorance, satisfying the oracle at Delphi's claim that he was the wisest man in Athens, which shamed those who likewise believed themselves to be wise.

A real thorn in the side of the Athenian intelligentsia.

... reclining from a dose a impiety; the aromatic hemlock flower, clustered in umbals, trembling in the weekend wind.