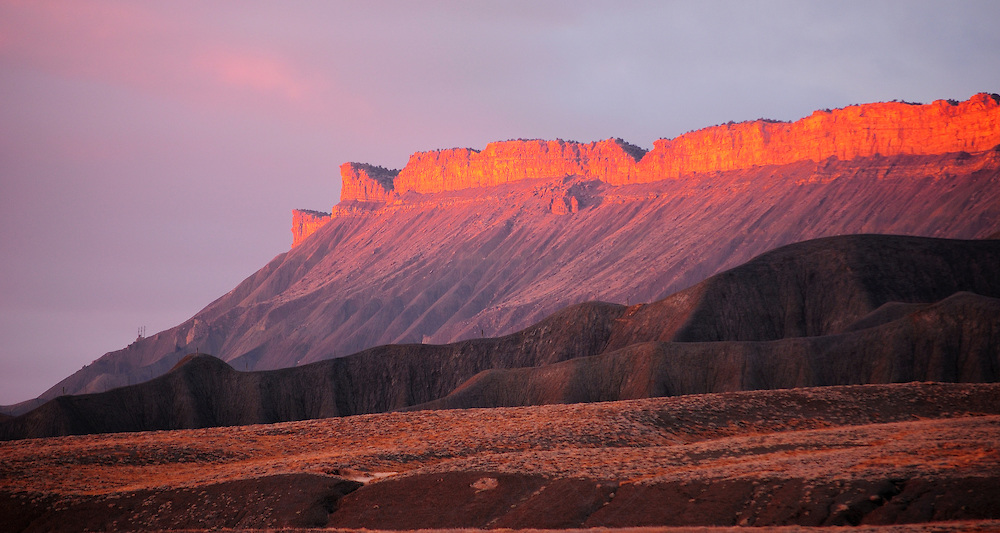 The Greyhound bus ride was every bit as glamorous as I had imagined it to be. It was mostly people bitching about not being able to take more smoke breaks. In this it was not very different from jail, except perhaps that the seats were softer and there was more to see out the windows.

As I-70 leads through the Rockies, following the Colorado River, the rock walls are awesome, in the truest sense and meaning of the word. Rachel, Rhys and I just drove through Glenwood Canyon recently, one of the most impressive roads in the country. An engineering marvel. One lane hangs cantilevered over the river. The other, an independent viaduct skating the canyon wall. It requires no knowledge of engineering, nor even much imagination, to be impressed with it. It is a visceral sensation, one of the best pieces of modern art ever made.

I have seen, or crossed, or been on, the Colorado River in every state that it winds through. I am not much of a fan of butt-kiss lists, but one day I would like to take a raft trip down the river, maybe through the big canyons.

There is much to see, much to do.

As the land opens up and flattens out, once you begin to depart the mountains, the city of Grand Junction sits in what seems to be a wide valley, though I suppose it is by definition a mesa. I believe that is the name of the county, Mesa.

As we all headed together - prison-style with leg chains rattling - towards Grand Junction, there was a tremendously fantastic sunset, as if several sunsets were happening at once. The type sunset you can only see in God's Country; wider than the eyes can contain, as complex as the heart, and as temporary.

It may all end in meaninglessness. All love ends in loss.

The trick is to live, anyone can die.