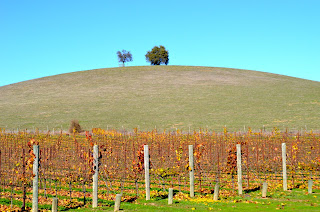 I think I might have had a stroke yesterday, and today. My left arm feels numb. Or, there's something I'm doing to it as I sit at my desk while working that's causing it to lose blood flow. Who cares.
I ate a muscle-relaxer last night and can't focus this morning. Coffee hasn't helped as much as I might have hoped. I went to breakfast and had Juevos Rancheros Verdes, hoping that the generous portions of pulled pork included in the recipe might help. It cheered me but I haven't recovered any mobility in my arm.  Pork usually heals all of my wounds, internal and external.
I've just poured one more cup of coffee.
A friend's father passed away the Sunday before Thanksgiving. She is understandably distraught. Her father was a nice guy, filled with life. I liked him a lot. It all has me thinking; how quickly it all slips. Not an original thought but a persistent one. I've begun doing various calculations concerning Rhys, how old I will be at certain milestones in his life. All assumptions, I know. But there comes a point in the imagining in which I wonder whether it's possible that I'll live that long.
She was my girlfriend for several years. The friend whose father passed away. Moments before meeting her parents for the first time she pulled my earrings out, never to return. She just couldn't take the idea of me meeting her parents with three gold hoops clinging to my ear lobes. That was the end of that. I told her it was up to her to put them back in. She never did. I wore them that way because that's the way that Grantley Marshall (Daddy G), on the back of the first Massive Attack album, did. At least, I think he did. I just tried to verify and couldn't find a high-res image online to check.
Her father used to work for AT&T. He often played tennis with Roy Lichtenstein when they lived in NYC. They were members of the same club. He used to tell me great stories about what life was like back in the 50's. The three martini lunches. All of it true, he laughed. Right out of time and onto the flickering images that constitute Mad Men. Things changed, he said with mock seriousness, always with a half-wink and sparkle in his eye. Things changed for some.
.
Posted by Sean Q6 at 10:46 AM