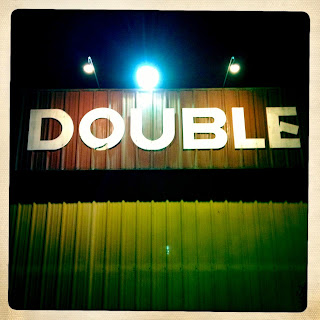 The internet is lit from within with the wit and humor of our times. The gun arguments that are going on are some of the most interesting public dialogues that I have ever seen. It reminds me of when Oprah used to invite white supremacists onto her show. She was being "edgy." For a while, all of the talk shows would invite various white supremacists onto their shows and pretend to hear their views. Then when they would get them on the show there would be one set of cameras on them, which were elevated so that the cameras were looking down on them from above, and another set of cameras that would show Oprah, eye to eye. When things would inevitably start to get heated then they would start cutting quickly from camera to camera on the white supremacists. Then, when they would cut back to Oprah she was looking right at you, level and calm. The effect was that the viewer would perceive the guests as dangerous, almost like an animal circling another animal, or jumping from side to side.

It seemed unfair to me, to say the least. They were being deeply manipulative of the very idea they claimed to resist: discrimination. Now, I didn't miss the white supremacists at all once they were getting less coverage (perhaps they're all back in the bright white spotlight now. I don't know. I don't watch tv any more). Few of them had anything at all of interest to say. But that's what I found most interesting. If any of them ever remained calm and spoke reasonably then the talk-shows would have to resort to greater and greater media manipulation to achieve the desired effect. I see the gun argument as being somewhat similar. Each side is desperate to paint the other.

The pro-gun advocates, many of them, are being treated like raving fanatics. It doesn't help that many of them are, and they need no help in seeming so. But if you look at how the little liberal vanguard on Facebook reacts to even their most reasoned arguments, it's usually with derision and hysteria. Which produces an interesting effect. All that I need to do to draw out either side is make a tangential agreement. Not even an argument, just a soft agreement. It will invariably unleash an onslaught of accusation and insult from either, or both, sides.

Anybody that is a regular reader here knows that I live for those interactions. It keeps me from going senile, I hope. Which is another subject that has brought much heated debate, mental health issues. I've recently started a new conversation thread: Angry Autistics... When Will They Strike Again...?

The title from today's post is a reference to the Orwellian idea put forth in "Nineteen Eighty-Four" that two plus two if necessary make five.