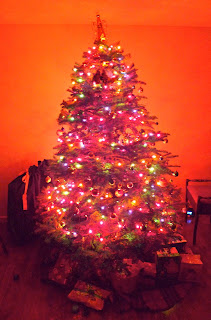 (the enduring symbol of supremacy)

Somebody sent me some hate mail yesterday, questioning why I was defending white supremacy. I re-read the post and I'm not sure where they got the impression. I left out some of what I was going to write because that wasn't the intended subject of the post. But that's how things go sometimes. You sit down to write and before you know it you're pursuing a subject you had no idea you were going to, like white supremacy.

But they often do the same thing, the supremacists. One of the moments I used to wait for when watching those talk-shows is when, inevitably, their enthusiasm would get the best of them and one of their more fervent minions would spit out, "Anne Frank was a stupid bitch!" or something along those lines.

So, to clarify... When I said that white supremacists would occasionally remain calm and speak reasonably, in no way did I mean that their arguments made perfect sense and I was in agreement with them. I'm not, nor was I then. I had assumed that anybody who knows me would know this. My mistake.

As I've gotten older I tend to see bigotry for what it is, self-hatred. I was using the term "reasonable" to describe their position in relation to the more ardent members of their own cause. Sometimes they would ask why certain racial groups are able to express pride in their culture but whites aren't allowed to. That's a reasonable question. I disagree with their conclusions, but the question can be asked. It is a reasonable question. The supremacists were as unhappy with the answer as most people are with their unique definition of pride.

Does that make me a racist sympathizer? Well, I hope not. In the eyes of some, it must. Anything but impassioned denial and blood-letting resistance to all thought is a form of agreement in this post-discourse world.