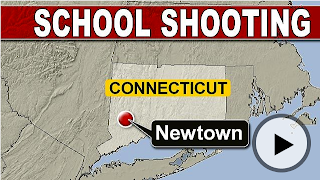 We went to a bowling alley last night. That is a different culture altogether. It was an eye-opening experience. An almost free peek into the lives of some of the people here, youths, etc. I would describe the experience but am not in the mood to be cruel, oddly. I suppose that I'm exhausted from everybody's emotional outpouring on Facebook yesterday. It never ceases to amaze me how people will use an event like yesterday's to promote and advance their own emotions, to insist upon their open sentiment. In a time like this we must really come together to talk about ourselves. What a bunch of fucking phonies, says Holden Caulfield. Each pathetically advertised feeling only feeding the next killer, little by little. We build these monsters with a sound-clip here, a newsfeed there, a popular post about the sadness of it all, a talk show for the victims when we're done. Maybe, if very lucky, an interview with the killer, an expose....

By today the town criers will be asking one another the difficult question of how anybody could possibly do such a thing. Somewhere out there will be someone else reading their words in darkness, the television's light fighting for primacy with the computer's. Them, getting aroused at the very idea of it all. Just taking it all in and fantasizing of ways to one day really express themselves. It is a thing that seems to excite all of society. It is talked about as something that we are all sharing together, something that we are all "going through." The collective shock, and grieving process. Yet few ever seem to make a leap into understanding or questioning what that sharing might mean.

Some on Facebook have chosen to blame violent video games. Others have denounced the proliferation of guns. None of them are blaming themselves. None of them are calling for less attention for the killer, or the act of killing. A few here and there are blaming American culture in general, vaguely seeming to understand that we get the culture that we deserve and nothing more. If you promote rugged individualism then you will get occasionally rugged individualism, fiercely stated and wildly unpredictable. The extension of this ideal rarely ever seems to occur to anybody. With the many options of people and circumstances to blame in a situation like this why would anybody ever blame themselves. There are other nations that allow their citizens to own guns, but with vastly different results, even when considered proportionally. God must want Americans to live this way.

Guns don't kill people; people do, cultures do, even gods do... some of them insist upon it. If a culture perpetually blurs the distinction between fame and infamy, between action and accomplishment, then how do we expect the people of that culture to separate the ideas independently? It's unfair of us to expect it. What we privilege becomes our privilege. America has distinguished itself in this regard. Twenty-Six more coffins tossed onto a sea of insanity, many of them too small to quickly sink.

There is little hope for stopping it. That would require the opposite of everybody's participation. It would require people to not participate in the killings, to pull back from their collective vampirism, to address the shame of their own blood thirst, the shared and morbid obsession with spree-killing (which seems to have replaced serial killing in the American fantasy).

America is just not ready for such a thing. Now is not the time to discuss...


Well, I hadn't meant to even mention the recent killings here today. There's so much Christmas lamenting to do that I had intended to keep my thoughts entirely to myself. But, what with the Mayans coming and all, I figured I might as well drop my proverbial two pence. I mean, just think how silly we'll all feel when the Mayanaise gods finally emerge from the oceans breathing radioactive fire, ushering us into the 5th dimension with their laser vision and the ancient wisdom of ritual human sacrifice.