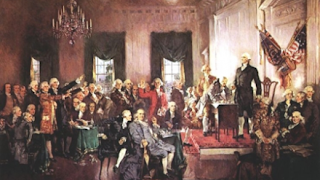 No sleep last night. Well, none that was deep or consistent enough to matter. Four hours of tossing and turning. Rachel went into the baby's room. She couldn't take it any more. I "watched" tv... my head buried in the pillows hoping that the sound of the television would drift off at some point and I would awake much later to find that the sun had already been up for hours.

That's not what happened. I am sitting here. The sun still hasn't broke the horizon line.

Life seems possible with more sleep. It is almost a paradox of sorts. Sleeplessness reduces many of life's other pleasures. At some point it reduces all of them to ashes that refuse to disperse. I will try to get some more sleep after Rachel goes to work and the last of the weekend guests leaves for the airport.

Old friends are fun. The various things they remember. They were relaying very different stories of my childhood from the ones that I have chosen to remember and believe in. The stories that have been bolstered and modified by repetition in telling. It is interesting to come face to face with others' memories. It is similar to seeing yourself through the mirror of childhood, rather than just the scripted memories that you have learned along the way. It is refreshing, and was at times even shocking.

Charles told me that I seemed devastated at the death of heavy metal guitarist Randy Rhodes. How could such a thing be possible, I wondered. I don't remember knowing anything about him, much less caring about his life or death. But the story was elaborate and filled with details that could not have been the invention of time. So, there you have it. I was an Ozzy Osbourne fan at some forgotten point in childhood. I never would have guessed that. Well, I might have guessed it, but it wouldn't have been my first guess, etc.

Apparently I was a rather strict adherent to Ronald Reagan's trickle-down economics also, daily espousing its virtues for the long bus ride into school.

No, the last part's a joke. What right-minded heavy metal fan would have ever believed such nonsense...

I am in a duel to the death on Facebook again. I am currently trying to out-smug an amateur historian. He has adopted the very narrow reading of The Constitution that is currently in vogue amongst his kind, the newly-right. I have promised to respond to him more fully today. A response of mine from Friday was muddled from the apparent tug of wine. The thread has almost reduced itself to entirely ad hominem argument but it still seems like it might have enough life in it to make it worthwhile, though perhaps only he and I would agree with that. Perhaps even one less than that.