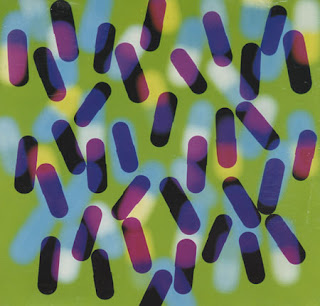 Joy Division and New Order all day yesterday. An old friend from Orlando asked me to bring their entire catalog to Florida with me - to listen to, to enjoy. I've given myself a head-start.

Their recording history is patchy, with highs and lows mixed together generously. But the highs are really something. Some of the tracks on these albums are synonymous with ecstasy. The lows are quite a different thing. Few other bands are as "of a time" as they. Many tracks still have the ability to transport. When listening, it is impossible not to note the debt that so many electronic bands today still owe them. A truism if ever there was one.

Though I am suspicious of younger people who claim New Order's pervasive influence over their lives. I suppose I become slightly more protective of the past the further it gets from me. It is the wrong way to feel, but it is still a feeling. I suppose "protective" is not the right word. "Dismissive" is closer. It is not the way to be though, truly. It is best to just let people be happy, especially if they are not.

Very few of my current friends and I actually enjoyed New Order together. We are of a similar age so it is just an assumed collective experience. So, why not do the same with others, those younger than us? A person's age shouldn't matter so much, right? I love many bands that were before my time, with no less passion than their contemporaries, sometimes much more. Sometimes my enthusiasm bubbles over into fanaticism. Well, it used to.

I would list a few examples but they should be obvious: any great band that I've ever cornered somebody to proselytize to them about, whose heyday was pre-1980. That would put them beyond my years, but still within my grasp to obsess over. It is easier to obsess about something that is just out of reach. It is practically a requirement. The albums that surrounded and almost insulated my youth but that I was not a part of in time. Not in the way that I would have chosen to be, anyway. Messages that were perhaps beyond my years and my ability to understand, albums that grew up for me.

Okay, I've tried to write a post today but a friend has been haranguing me through text messages and now I can't write any more. He's been excreting glandular discharges onto his phone all morning about some video in which a Cleveland bus driver punches out a female passenger, then tries to throw her off of the bus. I've tried to convince him that, over time, that sort of thing lessens your capacity to feel, it diminishes your empathetic response, increases cyclical distance between you and all others.

But he's more interested in arguing with me about whether or not he thinks video-games are "bad" or "good" for society. By now he's probably worked himself up into an orgiastic slather watching domestic violence clips. Who knows.