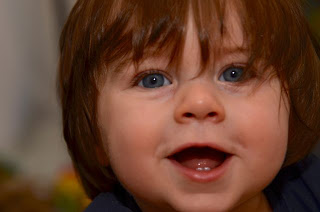 I wasn't able to watch the full debate last night. It was late, I was tired. I had my first professional photo gig, at the Sonoma Valley Museum of Art. The pay wasn't great, but the exposure was good.  I tried to make people look better than they actually do, soft bounced flash and a fast portrait lens for low light. We'll see. The person who hired me for the job seemed very pleased. The images came out both warm and soft, flattering. I'll be doing weddings and bar-mitzvahs in no time.

Tomorrow we leave for Florida. We have to depart the house at an ungodly hour, meaning we'll need to get everything packed tonight. I won't be bringing my bigger camera with me, just a little point-and-shoot. Had I already bought the camera I really want then all of my troubles would be solved....

That camera might depend on whether or not I get this job today. It's a third interview so things must be going well. The waiting process has been abysmal. I torture myself with uncertainties. Also, I am not very good at the interview process. I make the big mistake of putting all of my hopes into one opportunity. But I feel good today. I think the interview will go well. I'll go to the gym. That usually helps me feel more confident. I'll get on the treadmill, the one facing the mirror and keep chanting to myself, "You get this job you fat fucker."

No, the voices in my head are much more pleasant than most people might expect. I learned that on my silent hike on Monday. It is the way to be happy, to repeat happy things to yourself. I let all of my poison out so that there is only a clear blue summer lake in my mind, virgins frolicking on the shores, sunbathing happily, awaiting my arrival, eager to slather me in suntan lotion, etc. That sort of stuff.

No, my conception of paradise is not filled with virgins or sexual pleasure. I'm not even sure if I have an image of paradise in my mind. Nothing comes to mind, nothing at all.

So, I read about a new app that allows an Android or iPhone user to record a conversation you're having with a police office and the audio stream gets sent straight to the NYCLU (New York Civil Liberties Union) live. I thought that this sounded fantastic, and much needed, considering the egregious violations of the law that regularly go on in NYC. Then, I read further and found out that the police are prosecuting anybody that uses the app because, now get this, in 2010 an act was signed into law that made it illegal to record your interactions with a police officer. It's considered "eavesdropping" now. So, if you're all alone and your rights are being violated they would prefer if you just told your side of the story to the judge the next morning, or on Monday, whenever court is back in session.

I know Obama's the clear "liberal's choice" but I just keep getting shocked at some of the laws that he has signed into place. He took an oath to protect The Constitution. At what point does he go on trial for being a traitor? I'm certainly not for Romney, and I think it's very telling that these issues are conspicuously absent from the public conversation, but I just can't believe that so many people seem focused on the wrong things. The "left" were enraged when Bush was signing things like The Patriot Act into existence and now they're all just ignoring things like this, and the NDAA.

Maybe I should buy a gun instead of the new camera, while I still can. Soon it might be illegal to use a camera in public, at least whenever the police are around and feeling a little frisky. 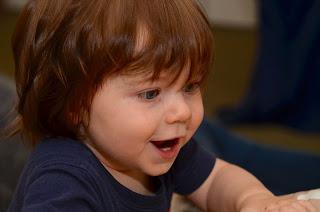