From Dawn to the DMV 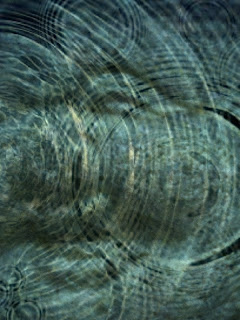 Do not take much of what I write here too seriously. I fictionalize a fair amount. Most stories are only loosely based on truth, some not at all. Yesterday's post seems to have upset a few of my readers and I wanted to reassure them that I very much believe what I said about drinking and driving…. In fact, I'll take it a step further. There should be entire divisions of old people at the DMV. You should be able to go in and have them administer drinks to you. As long as you can still outdrive one of them then you are fine. It will become part of the state's permanent record that you can have x drinks without violating the law. Nobody under the age of 30 should be able to participate in this program. Ever. Young people are the cause of all problems, everywhere.

Well, at the very least I do believe that the state's driving laws as they pertain to drinking are ridiculously strict. I mean, I get it, there are statistics, but what about the laws of natural selection, shouldn't they be able to come into play? Statistics will support the new totalitarianism, it can be felt in the near distance.

Well, the collapse is complete. Jacques Barzun passed away. He was the last of my living cultural heroes. I must find some new ones somehow; Robert Hughes, Gore Vidal, Christopher Hitchens, all gone. Barzun hadn't written anything meaningful publicly for some time, so I knew this was coming. He was 104 years old, born before the outbreak of the First World War. Insistent upon The West's vitality as well as its demise, stupefying in ability, always employing clear rhetoric. His arguments for and against the various importance of historical figures and trends has been a great source of satisfaction for me.

The books of his that I have suggested before and likely will again are, "From Dawn to Decadence" or "The Jacques Barzun Reader" (a collection of essays).

Okay, I am in Tampa and typing all of this out on a broken keyboard, one that lacks a functioning z key. Don't ask me how I do it. It is magic, even the spelling auto-correct.