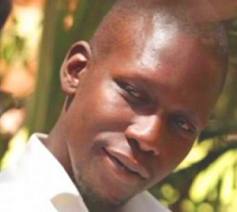 
It has been some time since I have gone so long without writing a post. It has felt strange, as if I am shirking a responsibility, or as if I am sacrificing something. Odd, that feeling.

The whirlwind of the first half of the vacation is over and now there is a brief calm before the finale approaches. Tomorrow is my birthday. I am hoping to spend it sitting on a couch, watching political documentaries with an old friend. It is all I have any more, old friends. And Rhys.

Yesterday and today I again picked up Hitchens' book "Arguably" and made my way through another handful of essays. I know that this is a collection, written over several years, but the accomplishment is enormous. His positions always seem unique. His justifications arrive at unexpected yet effective angles. He is apparently well-read and his ability to intersperse seemingly detailed or little know facts of history (at least to me) is perpetually amusing, granting much unique insight and perspective.

I suppose that a good journalist forms habits early in life that prove to be beneficial: outlining entire books for later reference, marking passages for future use, constantly organizing and arranging books in order of usefulness or purpose (whether physically or mentally), memorizing not just words but the meanings of entire works, etc. Hitchens' ability to reference bits of data or passages of poetry is impressive. He must have been very interesting to listen to in person at times. Though many of the clips I've seen of him speaking are disappointing. His somewhat halting diction being distracting and occasionally difficult to follow, as can also be his writing occasionally . Perhaps he wrote so much that it began to deeply affect his speech, mentally working his way through too many semicolons and hyphens as he went.

I suppose that one should never compare their life to the lives of their "heroes." It is easy to render your own to seem somewhat dull and meaningless by that comparison. Also, there runs the danger of spilling over past admiration into a state in which you become less than critical. As I mentioned before Hitchens is fun to argue with. His support for the war in Iraq is both questionable and quizzical, even after reading his many reasons. Perhaps the argument becomes even more difficult after the examination. His alignment with certain neo-con values seems strange, especially when you consider his stance on so many other political issues. But his experiences are his and he maintains the right to diverge from previous positions, as any of us do. To change your opinions is not a retreat from character but instead can be an honest immersion into it. Sometimes it is useful only as practice against the dangers of ideology.

I suppose what I like the most about his essays are how principled his arguments are. They seem to make very few assumptions about his readers' sensibilities, which is refreshing after reading so much of the heavily leaning left/right editorializing that passes for journalism in the last 20 years or more. You get the feeling that he is beginning the conversation anew with each passing essay, very little is left to assumption.

Ok, enough about Hitchens. Again, I encourage anybody to read him. If there is another journalist out there that resembles Hitchens in scope, depth and with the overall pleasure to read then I await that discovery.

As a counterpoint, I watched Dinesh D'Souza's "2016" "documentary" last night. I'm mostly amazed that he ever actually held a position at any university. It was some of the flimsiest "scholarship" I have ever seen. As an inquiry it barely made it past its own adolescence, if at all. My biggest shock was that D'Souza actually resigned his position at The King's College rather than being fired from it. He introduced no new information about Obama and he arranged the previously agreed upon information as if it was all part of a meticulous one-man lifelong conspiracy to keep the viewer uninformed. I suppose that very well might have been the case, considering the success of the film, and its apparent popularity with a certain political demographic. But he used the informational tactic of conspiracy building, creating imaginary connections that all seemed to lead toward future apocalypse.

Obama knew people when he was in college...!!!

I suppose if Ann Coulter and Rush Limbaugh can be considered "prominent voices in American politics" then there's no reason to keep D'Souza out of that league. They all seem to understand their audience in ways that never fail to shock and amuse. At several points during the film D'Souza asks how we can have a president that we "know so little about" but then reads passages from one of his two published books, "Dreams From My Father" throughout the entire film, as if he's chasing Sasquatch and all he has to go on is a widely published map to his cave. Absurd. That he simultaneously maintains we "know nothing" of the President and then uses one of his books to attempt to discover and dismantle him, all during his presumed "search" is a fact that might have gotten lost on the many theater-going viewers. I mean, he had only served two terms as a Senator... He's practically an immigrant, like me, says Dinesh...

I dunno, it all just seems so plausible....

I felt as if at any moment D'Souza's narration of the film was going to lapse into "Oh, don't go behind that door... You don't want to know what's back there..."

It must have been riveting to experience in the theater, after a big fancy dinner at Applebee's....