Cupcake is under video surveillance 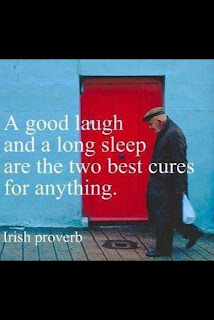 Yesterday, the headaches ceased for the first day in over two weeks. No sooner had I mentioned this to Rachel that a pain suddenly appeared in the back of my head, only to disappear just as quickly. I wondered if this recurring torment could be entirely psychosomatic. It doesn't seem possible, but there it is. What else would explain the existence of a two minute gripping headache, one that emerges at the mere mention of it.

This is good news for me , of course. Now I won't have to go see a doctor. An act which was beginning to be the last option left on the table as we reduced the list of causes by isolation, experimentation and observation. Stress was beginning to appear as the only possible cause for the pain. It had an appropriately nebulous nature such that it was nearly impossible to rule it out as a source.

But I didn't feel very stressed.

Enough about my headaches. For now, I think they're gone.

Pray for me, Obi Wan Kenobi, you're our only hope.

"Pi" was one of the few films that featured headaches as a subject. We need more headache movies. It is a greatly unexplored theme. Well, I suppose you could also count the newer Star Wars episodes. They were like a series of migraines, suffered in the dark. What a string of obnoxious turds those were. They were probably the most anticipated, and yet least loved, films of all time. It felt like you were watching a market focus study. I wish there was a way of congregating all of the fans of those films and enslaving them to work for the good of the remainder of mankind. Certainly there must be a few tasks that they would be good at.

Ok, where am I going with this? Slavery is only cool within the context of a loving sadomasochistic relationship, or one that occurs between a few loosely connected anonymous consenting adults.

I haven't been able to find a decent leather shop since we moved to the west coast.

No, that can't be true. It doesn't pass the plausibility test.

I haven't been able to find a decent heterosexual leather shop since we moved to the west coast.

I just offered to give Raquel a leather-bound spanking, she took a raincheck. Or, a fog-check. Or, whatever. She seems busy. Sunday mornings can sometimes be an oddly industrious time around here. I personally believe that it's the best time to eat bacon, lots of it. Even cold bacon tastes good. I'm willing to bet that frozen bacon is probably not bad either. What other meat can you eat frozen?

I mean, when not starved nearly to death.

Why are there no famous women with that last name, Bacon? I can think of none. The surname must be somewhat limiting. If we have a daughter maybe we'll name her Elga Bacon Cusick, so her nickname could just be Eggs N' Bacon. A certain recipe for success.

What in the holy vatican fucktubes am I babbling about this morning....

I'm squirming like a giraffe in a guillotine over here. 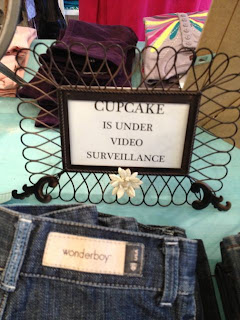