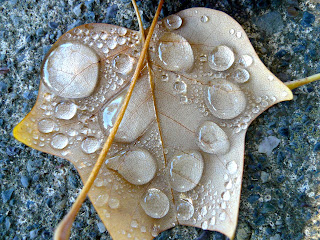 I took a pre-dawn walk this morning. Jupiter was alone in the eastern sky.

Yesterday, we went for a hike to the same mountain range that we had last week, Sugarloaf. This time we took different trails, though we never quite made it to the summit. There had been a mountain lion sighting the week before and this week we saw tracks that had to have been from same. The print was much too large to be anything else. It had the tell-tale "paw" shape, with 3 lobes and 4 toes with claws, rather than the smaller distinctive two-toed ungulate hoof print of a deer. Seeing a large paw print is not the same as seeing the actual creature in the wild, but it gives you an impression of what a powerful creature it is, one not to be trifled with.

I, of course, engaged in all sorts of silent fantasies involving encountering this stealthy, dangerous beast. Each fantasy naturally fell into two categories, ones in which I survived and then all the others. I told myself all of the things that I would do if I encountered one: not running, standing tall, talking loudly, raising my arms if it approached to make myself seem larger, looking for a stick or a rock that it could be fought off with, if needed. Most of the fantasies involved me bleeding to death shortly after the attack, often from the throat, watching the enormous feline turn one of my extremities into a meal as I drifted into the euphoric darkness that comes with massive loss of blood. In reality the animal would, of course, kill me first so that I likely wouldn't have the experience of it gnawing on the meat surrounding my femur. But in the fantasy world of sudden animal attack anything is permissible.

One of my fantasies even included outrunning the imaginary cougar, to give you an idea of how absurd my mind can become when left to itself in silence. Speaking of, I wasn't able to keep my oath of silence for very long. My relationship had a handful of verbal needs yesterday and then again this morning. The entire hike was done in silence, however. It gave me an opportunity to listen to my inner-voice, to assess its overall well-being. I think I'm doing alright, though struggling through some tumultuous times.

I got an email late yesterday wanting to know if I would be able to come in for a third interview for the job that I really want. So, that is some very good news. Now, I only need to ace an interview - not say any of the wrong things, focus on my strengths, make sure I don't get too comfortable, conceal my actual personality, etc.  It would be an absolutely fantastic thing to land a job the day before we leave for vacation. I could use a vacation, oddly. Everybody needs to get away, from this time to that time to other times. To other places. 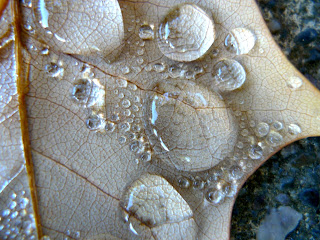