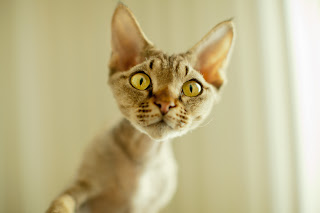 (Laurenzo Lodi)
The CERN experiment has been found to be inaccurate, as any dedicated reader of this site already knew it to be.  Neutrinos do not travel faster than the speed of light, they can not.  Apparently a cable was malfunctioning in the experiment and it was giving faulty results.   This comes as no surprise to any casual student of post-classical physics and the standard model.  We knew something was amiss when Europe was asking America for help.  It just didn't feel right....
One thing that I found to be interesting in the articles I read about the supposed phenomenon were how few of them mentioned an already observed effect of quantum physics that transmits "spin" information many thousands of times faster than the speed of light.  It is known as entanglement, and though it was suggested in theoretical quantum mechanics, a result of Heisenberg's uncertainty principle, and even derided by Einstein as being "spooky action at a distance", it has come to be verifiably observed repeatedly through independent experiment.
Particles are affected even when separated by great distances, beyond what any known field force can explain.  Einstein, Podolsky and Rosen formulated the EPR Paradox as an argument against quantum mechanics as being an incomplete theory.  Their assertions were quite wrong and were proved to be so 30 years later, though they did raise important questions, ones which led to the verification of the theoretical effect.
Einstein won his Nobel prize in physics for his contributions to quantum mechanics, specifically for the "quanta" effect of photoelectric light, that it functions as both waves and particles, giving the world immense insight into the properties of light.  He was never awarded the prize for his theories of relativity, and was asked to not speak of relativity during his acceptance speech. A request which he ignored.
An article I read last night asserts that entanglement does not actually violate Einstein's theory of relativity.  It is a .pdf link within this article, suggesting as much.  It is worth the read, if you are at all interested in such things.
As for me, I am going on a short morning hike, where the observable world will disagree with each and all of these phenomena.
..."spooky action at a distance" indeed.
.
Posted by Sean Q6 at 7:19 AM