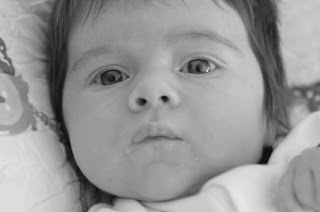 Not much time today. One guest in last night, another in tonight.  There is never a shortage of visitors with a baby around. It has been a lot of fun though.  Having visitors is something we could only do with great difficulty in NYC. Here the apartment practically begs for it. With a barbecue grille on the back porch, an extra bedroom and bath, and a dining room table. We're practically ready to have another kid.
Yesterday I made a joke,  thinking myself quite clever, but I don't think anybody got it.  I intentionally spelled the word "innacurate" this way, with a link to the article about faulty wiring being the likely cause of the  error in timing neutrinos. Nobody seemed to notice or care, so I changed it back.  You see, I have a specially trained reader (Cato) who scours my posts for factual or grammatical errors.  His highly trained eye knows no greater pleasure than detecting a potential fault in my posts.  He will gleefully text me with his findings, oftentimes only seconds after I have posted.  But this one slipped by him.  So I changed it back to the correct spelling, not wanting any of my international enemies to think of me as excessively dim.
But old Cato is quite crafty, he keeps me on my grammatical toes, as it were. I have suggested that he start his own site which is dedicated exclusively to my spelling and usage corrections alone.  He'd never be out of work.  He could simply copy and paste each day's posts into his site and add his modifications, then publish them as a more "complete" version of my experiences.  A clearer, more understandable rendition of my life.  The project remains stalled in its conceptual state.  I have encouraged him to seek independent funding.
I should have never directed Cato to the wiki-site on weasel words.  He is now armed with more weaponry than he will ever need to unravel, and then make known, my rhetorical secrets.
On the other side of the grammatical universe, my friend Zo!e has encouraged me to start using more strings of exclamation marks, for emphasis.  I do this quite often to her in private emails and texts and I suppose she wonders about their absence here.  I already use the ellipsis regularly, which in some ways suggests that sort of emphasis; a grammatical horror to some, I know.  The ellipsis is merely a lazy writer's vice.
But Zo!e is a woman of few written words, and even fewer grammatical crutches.  I can not remember a time when one of her emails contained a follow up sentence, in addition to, or building upon, the first.  She is a poet of conciseness and exactitude, eternally eschewing the unnecessary in language.  In fact, it is not uncommon for her to omit facts altogether in a communique, relying exclusively on her innate ability to convey the essence of the needed information.  Quite often we would plan on meeting at a bar or restaurant and her text would simply read, "Meet me at that place where we had that talk that day, near the shop with the produce, on the corner."
My response is almost always predictable in these interchanges, "What...!!!???"
.
Posted by Sean Q6 at 9:06 AM