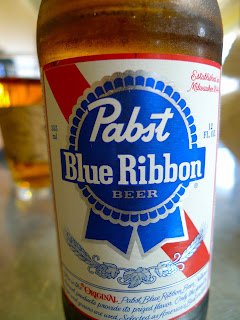 Here is a tale of woe, for your imaginary pleasure...


Boy, have I learned my lesson.  I get a perverse thrill from arguing with others, but perversions can be strange. You look around laughing, enjoying them, and you suddenly realize that everybody is shuffling away from you, with a frightened and fascinated look of disbelief in their eyes.  One is not supposed to participate in the donkey sex show that you all decided to witness one summer when visiting Tijuana, that you were all only supposed to be there to watch.  It seemed, in retrospect, that nobody needed to agree on that ahead of time.   You'll know better next time, you tell yourself.  Afterwards, you try to explain to your friends that you were just kidding around, it was just a joke, have a sense of humor, etc.  But one of them will invariably say, "You were making contact with a person, on a paid public stage, who was also getting paid to have sexual contact, of the most intimate sort, with a FUCKING DONKEY, MAN!  We all saw this happening...."
There is nothing you can really say after that.  Because the tequila had rounded your sensibilities and when the woman started moving around the room trying to rub the front of guys' pants, you just happened to be the one gringo drunk enough to stand up and let her do it.  Little mind that there was a donkey fucking her from behind while this happened, that seemed funny. You didn't know, or should I say comprehend at the time, two very important things.  One, that you had just become part of a live sex show that featured bestiality as its main draw. And two, that the woman was not just there to have laughs with you and your friends. She was going to expect to be getting paid for sexual services performed, and if you didn't also pull your wallet out and hand her money for what had just happened, in full view of your friends, then you might end the night with a good ol' Mexican ass-kicking too, for free.  A third realization, that started to sink in with concreteness as the tequila wore off, is that there were many witnesses to this transaction, among them were some that you knew quite well, and had hoped to continue your friendships with.
There is something that I want to make quite clear here.  Nadja, the Belgian woman that I've been arguing with for three or four days now, is not the actress/prostitute/donkey-enthusiast in this story, nor is she the donkey, nor is she Mexican.  She is not in this story at all.  I mean that.  This story is not about her, it is about me, sort of.  She might have her own fictional version of how our interactions has made her feel.  But she plays no part in this version of my fantasy of shame, at all.  Zoophilia was just the first thing that sprang to my mind to elucidate the feelings that I am just now coming to terms with as the joy of argumentative perversions is wearing off and the painful light of reality is creeping in on my hangover, through the blinds of a cheap hotel that I am hoping to escape without being noticed.
I've started to think things to myself like, "I never undid my pants. It wasn't really sex with a donkey. It was just funny, right?"
But then the voice of one of my friends after the show will waft through my memories... "You were engaged in a sexual act with a woman, who was getting fucked from behind by a very well-hung donkey, for money, in public."  Difficult thoughts to contend with, for sure.  They are the type sentences that you hope do not appear near your name when you Google it.  Nobody wants their online associations to be donkey-cock, especially Tijuana donkey-cock. Even more than this you do not want that association in the "images" section of Google. Your friends happened to be recording it all, though with none having previous suspicions that you would make your way into their videos, as the star.  That's not your fault.
Somehow it feels even more wrong that it happened in a Mexican-American border town, though not being able to imagine a place where it would have been better, the mind relents that it truly is as bad as it seems, almost impossible to be any worse or better. The idea of the experience taking a turn for the worse is far too horrific a vision to hold. The act of trying to imagine a more preferable place for it to have occurred makes you relive all of the shame and pain of the initial encounter and you wonder how and why you would be trying to fantasize about improvements on the experience. When it comes to fucking donkeys in public you chose well the first time, don't second guess that decision.
Otherwise, you risk losing some of the magic, and that elusive glow of the blue ribbon. 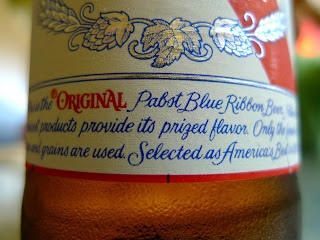