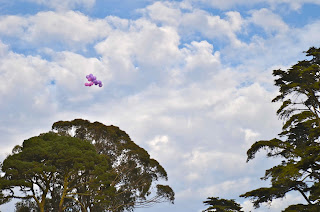 I was right, of course. Today was finitely unbearable.  I felt like I was leaking blood from my eyes and asshole all day long, sometimes dripping, sometimes squirting; the smell of iron suspiciously filling the air around me.  At work I piss only vinegar, mostly for my health, it burns with everlasting lakes of damage, but they tell me it is quite good for the soul, screaming in solitude.
It is what they call a detox around here, purging the lemons, the demons; plucking apples from what was once knowledge.
I actually had a daydream today while I was talking to somebody about pouring the thousand angels of Gold Bond Medicated Powder directly into my penis-hole.  To remind myself what it feels like to truly sensate a deed other than the one that I daily endure, grimacing with paralytic twitches.
I imagined my prolapsed penile mucous membrane, under bright bathroom lights, friends gathered in funereal accord... and me furiously pouring Gold Bond onto amplified it while laying the poor exposed tender pink thing out on a table and smacking it-out-of-it repeatedly in full slow motion, with unexpected malice and glee, with a wooden spoon, with fevered ambition, with bathroom task lighting - enduring smack after smack after smack, for what many might even call pleasure, possessed by fury, by me.
accompany, accompany, acrimony, acrimony
The pink thing jumping slowly there in well-lit revolt, under the lights, filled with mystery and glandular possibility.
No, I just made that up, even the absence of discharge.
Though there are a few careful readers that might not believe me.
They heard me once give the story seemingly genuine credence.

Only an imagination in flight works as well and as worsefully as dreams.

----------------
Sometimes I worry that in truth I really do just have the cheap aluminum soul of a dirty back-door capitalist.  That in fact I really only loved The Clash because they "made it," having discarded so many other bands from the same era, shamefully eschewing The Minutemen and Husker Du, gravitating towards bands that played reggae then... even disco... then came electronics, and ecstasy, and all of my friends....  It is an awful thing to confront... I've got Sell-Labia' over there bemoaning the cost of looking at naked girls, I've got an hour drive through paradise to work ever and ever and very days, I'm surrounded by nincompoops that truly believe technology is delivering a vastly preferable world, I've got both piles and plums that no thousand angels can ever hope to kiss,  I've got a seedless apple core left over from the last late-night at the garden of eden, tossed upon the night's plutonian shores.
...never, hung ever more.
.
Posted by Sean Q6 at 11:13 PM