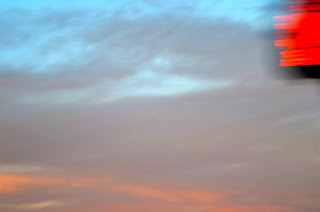 I had planned on waking up early and mounting a rebuttal to my lone republican friend.  Upon awakening I changed my mind. I started to realize how pointless it all is.  He is a fan of Glenn Beck and he relayed to me that Beck was using Beatles' lyrics to criticize Yoko Ono's involvement in the Occupy movement in NYC.  After 4 emails back and forth I was still struggling to get the idea across that Yoko is Not John Lennon, creating a fallacy of logic.  So, I just gave up.   I will leave that for another time.  There is still much to point out, but I suspect it will all also be lost.

The television has already decided for us who will be on which side.  So be it.

Also, my friend was going in to get a pretty serious knee operation today. Last night I thought that this was perfect, that it would give him plenty of time to respond. But this morning the timing seems far less than perfect.
More on politics later.
My wife and I watched "Less Than Zero" on Sunday.  I had remembered it being better than it was.  It was heavy-handed and dull in many parts, just like the 80's.  James Spader's role was great.  There are few actors, none that jump right to mind, that can play "smarmy" as well as him.  Somehow Peter Gallagher out-smarmied him in "Sex, Lies and Videotape" but it is one of the rare examples.  I still wonder how Spader didn't get the role of being Andie MacDowell's adulterous husband.  That film perhaps represents the other side of the 80's, the neurotic recovery, the beginning of the confessional 90's, only 2 short years of recovery after "Less Than Zero."
How telling...
Well, I return to work today, having accomplished very little that I had hoped to; a lost weekend spent spinning in circles. I had made a list of some meager tasks, none of which got done.  I had suggested walking down to Sonoma square to watch the kids in their halloween costumes last night. Somehow that was too much to ask for also.


All things seem beyond my reach.  They speed by as if glimpsed through a car window, passing in the passing light.
Each day lost and gone forever.  Each new day approaching at even greater speeds, with its sound of the approaching vacuum, the strange pull that comes before the wave, the immense silence preceding the crest and then the passing... time held, blurred and stretching away from me as it gathers, as it arrives.
.
Posted by Sean Q6 at 9:10 AM