The tears of a noun 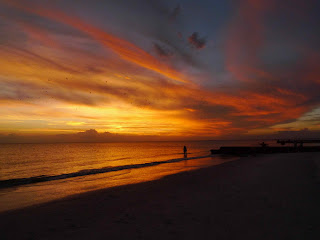 (evidence of orbital rules)
Back to work. The dog is sick, throwing up on the rug.  I want to do the same.  My three days off went by far too fast. They always do, though there are rarely three of them in a row.  One day I will explain.  It is a hideous arrangement.  One that allows little room for negotiation or dissent, barely subsistence.  The people in power fall back on a stock excuse to generalize their failings.  They become hostile when anybody points out that it needn't be as poorly executed as it is.
That person is oftentimes me.
Superiors do not like to be corrected. That is their sole domain, they believe.  There is supposed to be a no-fault system in place that encourages dialogue about process.  Ha!  It is a laugh... a quiet one, practically hidden.  A hushed laugh with sidelong checks for secrecy and complicit discretion from your peers.
One day perhaps I will explain in detail.  Currently I am encouraged not to by a single word: dismissal.  It would be an extremely "career limiting" activity.  But the environment is what is known as being very "content rich."  So I am stuck, and quiet for now.
Is using the word "and" after a comma redundant?  It seems that it is.
So, I am both stuck and quiet for now.
Better?
We are in the home-stretch to have the baby, the third trimester.  Exciting times, for sure. We have rehearsed the drive to the hospital a couple times.  We have begun to put together the various plans that will take effect upon sudden demand.  We know where my driving glasses are at all times.  There is a bag with specific contents that will be constructed.  We have discussed what to do if the moment comes while I am at work, far enough away to be of concern.  I have committed to only having a couple of beers when I get home, never so much that I couldn't drive.  So, less than six, right?  No, I kid.  Less than four.  Perhaps even more... We will test out our disparate theories and see.  Only young people should not drink and drive, it is simple, it is science.
No.
It is very exciting though, baby-making, a strange set of feelings.  Watching another human that you've known and loved grow with what is allegedly your baby inside is a magical and marvelous feeling.  I genuinely like it.  I'm told that what comes next is even better.  When I am out in public now and hear a baby laughing, or crying, it has a strange effect on me.  I have never been that bothered by babies crying, though admittedly I prefer to not be sitting directly in front of them on a long flight, after no sleep, heading home after days of beleaguered travel and all-night dance electronic parties, etc.  But in general it doesn't bother me much.  But that's because it is temporary and does not require any action on my part.
A baby laughing needs no explanation, no qualifiers.
Every person that talks to me about what it will be like after the baby is born adopts a strangely intense look on their face and then uniformly says, "Get as much sleep as you can now, you won't get any afterwards."   Each time that they say this, whether it be a man or a woman speaking, the faint sound of a distant baby crying announces itself somewhere deep in my mind.  Maybe it is the sound of my inner-child hoping to awaken me, or needing to be fed.  Even the term inner-child has taken on whole different meanings to me recently.  We know it's in there, we can feel it moving.  Soon it will be an outer-child, we know this.
The universe also sometimes seems to be run by local managers, unified under comprehensive codes. Unfair and without adequate explanation but spectacular and mysterious (even heavenly) at great distances... bearing many gifts but plagued with deadly radioactivity or a coldness from which no living thing returns... a darkness that presumably holds answers, separated by extraordinary intervals but held together by agreed upon regulations, omnipresent guides of activity.
The rules of the universe do not even bother with a silly no-fault response system for its inhabitants, though those who regularly pray might take issue with this, believing their prayers to be heard by the vastly indifferent ambit, a sort of open ended cup-and-string line to the gods.  The universe has been enacting rules much longer than my managers and has perhaps recognized the futility of such a response system long ago.  It merely frustrates both sides.  The rules remain the rules, it seems.  So why listen, or pretend to?
The universe has made atoms to be incredibly durable but makes no guarantees that they will stay collected together in a pleasing form just for us.  It merely hasn't found a way to get us to stop crying about it.
The tear of a pronoun.
.
Posted by Sean Q6 at 9:43 AM