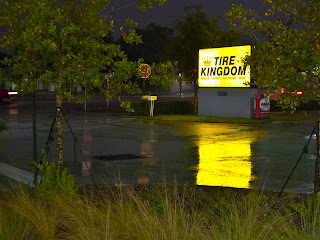 On the way in to work today I was chatting with a friend about the Occupy movement.  He lives a few healthy blocks from Wall Street and he was telling me how he basically agrees with them: that there is vast income inequality that has been aided by the government, and that it is wrong, something should be done.  But they march by his apartment most nights around 3 or 4 in the morning, waking him up, and it's starting to really piss him off.
After getting off the phone with him something occurred to me.  That, while there are clearly some bright and motivated people within this movement there are many that might as well be stand-in's for ossifying bong resin, electrified into action mainly by the paucity of bongo drums.
I am deeply enlivened by the fact that people are raising questions and injecting some difference into the political conversation as we head towards pres. selection.  But, I have been tasked to predict their doom...
My predictions will be very specific so as to be verified by many in the future.
Mark my wurds:
They believe themselves capable of fashioning a better world, a world turning along idealistic terms that clearly suit their leanings of equitability, and subsequently rebirthing our world anew.

In doing so... when finally announcing their wishes... at least one, but perhaps many, of those very wishes will run counter to one (or more) founding principles of The Constitution.
By doing so they will lose favor with many, though the media will love them almost to the last.
The first to roundly denounce them might even be the TP's... but for mostly the wrong reasons.  Again, as thus far, they will miss the better point.
The most adequate denunciation will be from "The Left".... being experienced in this type of "distancing"...

Examine closely what they did to Salman Rushdie.


Occupy will cease to be a movement about speech, free or otherwise, at that point.
It will freely become a media issue about them sort of "getting what they deserved"....
Nobody will stand up for their "rights" any longer, and all will gladly accept whatever it takes to move them off the stage.
No "Oscar/Academy" orchestra will usher them out either.  Unless you consider the closing jingle to the 6 and 11 o'clock news an orchestra, or an academy.
What helped me realize this was a consideration of the Tea Party's very narrow definition of a similar issue, and the left's hesitant fear to either address or scrutinize their very reductionary, though mostly online and farcical, canon of Constitution.

This same fear will come to life when suddenly, in the process of trying to subsume the Occupy's energy, the left will suddenly appear to be be repulsed at their actual ghastly wishes (never demands), which will turn out to run somewhat counter to concepts of individual liberty and freedom.
Watch for a sudden resurgence of those concepts also... though not the TP's version of them.


The left will act as if they were always on board with those very tested terms.


Born To Wrung....::::
Far or near, dear paying friends and loved oner's, don't be misled by my varey scarey prophetic words.  I don't follow, and even much less subscribe, to the Tea Party's gonnorhic rhetoric, that's been duly tested, trued and tried. What I do detest is their misguided adherence to only barely certain Constitutional principles, and then they lay false claim on it all as their guiding motto, My word, and by their exclusively skewed definitions... You good folks needn't worry about such a scurrilous scandal.

I also recognize both the apposite and alternate impulse in the Occupy'ers daily buzzwords and apothegms.
Perhaps we are all doomed here together.
It breaks my heart, truly and deeply.  The idea of a substantially left-leaning movement to naturally rise out of sudden discontent, oppression, and near-chaos, then to speak profound and lasting slogans that at the time sounded absurd, but then become and became revered doctrine....
I mean... that is exactly what this nation was founded on, wasn't it.
.
Posted by Sean Q6 at 12:42 AM