Running up that hill.... 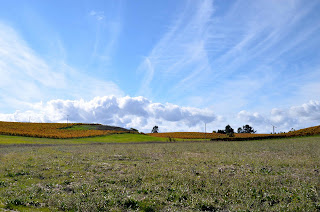 Part of the misery of hell must also be the feeling that you are somehow wasting your time there, that you were actually destined for something much greater, that you had missed your calling.  Perhaps in time that's all that hell is: a massive repository of people who simply have jobs.  Unable to stop thinking about the misery of those jobs they wail and wail in well-formed and awkwardly timed sentences, forever kept at close visible distance from a land of milk and honey, and wine.  There is perhaps only a green wasteland that keeps them separated from the endlessness of possibilities, from the richness of the earth, from the skies, from the flight of a waking dream.
Perhaps hell is just standing there, day after day, attached to a spot, doing what you are merely capable of doing.
Standing there like this unblessed tree, mute and dumb as the day is long... yearning to be elsewhere. 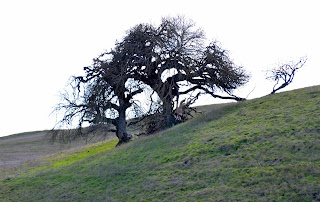