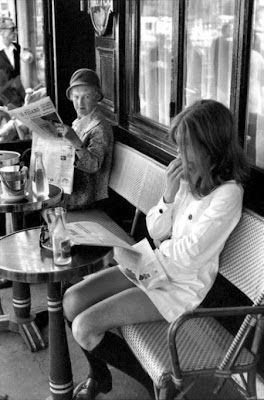 Cartier-Bresson exclusively used Leica 35 mm rangefinder cameras equipped with normal 50 mm lenses or occasionally a wide-angle for landscapes.[10] He often wrapped black tape around the camera's chrome body to make it less conspicuous. With fast black and white films and sharp lenses, he was able to photograph almost by stealth to capture the events. No longer bound by a huge 4×5 press camera or an awkward medium format twin-lens reflex camera, miniature-format cameras gave Cartier-Bresson what he called "the velvet hand [and] the hawk's eye." He never photographed with flash, a practice he saw as "[i]mpolite...like coming to a concert with a pistol in your hand."[10]

He believed in composing his photographs in the viewfinder, not in the darkroom. He showcased this belief by having nearly all his photographs printed only at full-frame and completely free of any cropping or other darkroom manipulation.[1] Indeed, he emphasized that his prints were not cropped by insisting they include the first millimetre or so of the unexposed clear negative around the image area resulting, after printing, in a black border around the positive image.

Cartier-Bresson worked exclusively in black and white, other than a few unsuccessful attempts in color. He disliked developing or making his own prints.[1] He said: "I've never been interested in the process of photography, never, never. Right from the beginning. For me, photography with a small camera like the Leica is an instant drawing."[11]

He started the tradition of testing new camera lenses by taking photographs of ducks in urban parks. He never published the images but referred to them as 'my only superstition' as he considered it a 'baptism' of the lens.[12]

Cartier-Bresson is regarded as one of the art world's most unassuming personalities. He disliked publicity and exhibited a ferocious shyness since his days in hiding from the Nazis during World War II. Although he took many famous portraits, his own face was little known to the world at large (which presumably had the advantage of allowing him to work on the street in peace). He dismissed others' applications of the term "art" to his photographs, which he thought were merely his gut reactions to moments in time that he had happened upon.

The simultaneous recognition, in a fraction of a second, of the significance of an event as well as the precise organization of forms which gives that event its proper expression... . In photography, the smallest thing can be a great subject. The little human detail can become a leitmotif. 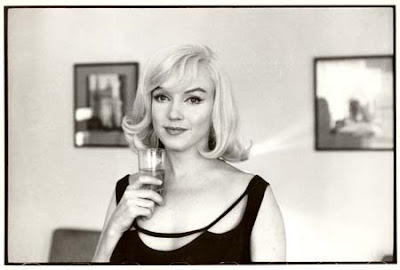