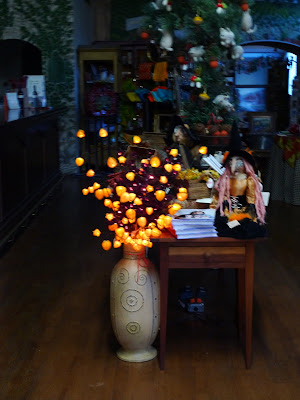 I like the picture above, I took it through a shop window in Sonoma. They are autumn leaves that will likely never fall. Their powered incandescence will survive through the harsh winter and into the summer where they will be put away, perhaps year after year, ever returning. What perennial sadness.
Today is the ING NYC Marathon. I had hoped to run it but didn't get in on the lottery. I researched a few charities, realized what a commitment it is, and then about that time started noticing that I had somehow developed bone spurs (I think) in my left heel. So, I am at home today instead of running the marathon. In the interim since I was training to run the marathon and now I have gained about 10 pounds. Today I will go and watch the Liverpool football game and drink beer, on the other side of the island from where the runners will enter from Queens, looping up through The Bronx, then finishing in Central Park.
Ok, nothing much to tell today. I could have used my day to go and take pictures of the colors of the changing leaves. The dying leaves, I should say. But I won't. Sadness abounds, I suppose. Anyway, that would have placed me in Central Park at some point, the finish line for the marathon. I am half-kidding. I applaud everyone who attempts the marathon. I will try again next year. I even considered going uptown to where the runners come across the 59th St. Bridge and cheering as they come across with everybody else, feeling groovy, etc. 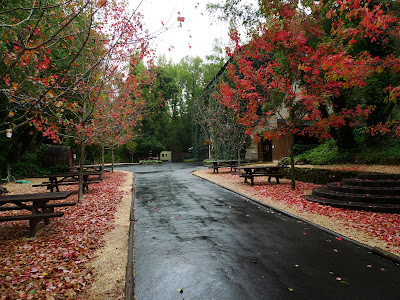