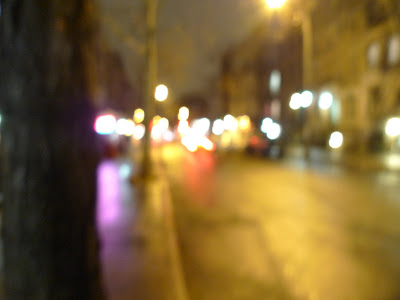 I spent most of the day in bed yesterday with a hangover. There are only a few arguments stronger than a hangover for not drinking at all: accidental murder, forgotten rapes, dead waitresses, loss of limb, or job, or car, etc., etc....
It is was a day truly wasted. A day lost and gone forever.
Like a fool I tried the "hair of the dog" treatment and had a beer a few hours after I woke up. It seemed to work, so I had another. A friend had brought over some hummus, so I ate that, thinking that some food would help me. But it did not function as you would expect food to, instead it turned against me. By the end of the day my hangover had doubled in severity and the site and thought of all things made me feel ill.
Thankfully, I have a wife, and she nursed me back to health with solid food, though it came so late in the day there was no adequate means to recover any of the lost time. Instead I rolled around in bed, begging any and all gods to relieve me of the unceasing misery and shame of self. I remain skeptical about the existence of said gods.
If only one could experience the pain of the hangover before the night of drinking, so that you could somehow moderate the future instead of recovering from the past. I suppose some people can do this through strange powers of premonition, but I was not out with those people on Monday night. I was with the other sort. I spent almost the entire day in bed wrestling with this foggy but constant pain that would persistently close in and strike as if it magically held my head in a torturous vise grip, with tethered controls leading to some malicious universal force, the laughter of the ages.
Normally I have an iron stomach, but when I tried to get up and go for a walk all of the sounds and lights around me made me feel as if that hummus was prepared to give up and run for the streets, trying to save itself it mutinous escape.
Pure misery....
Yesterday I also decided that misery does not actually love company. My neighbor had come over and was trying to change the situation for the better with more beer, but there came a time when I could do no more... Before he had even left I went and lied down in bed and began the long process of recovery, unable to even see him out the door.
Drinking on an empty stomach with a hangover is not to be tested any more. I have learned my lesson. Now I know. From now on I will wake up and immediately eat a greasy cheeseburger and fries with a coca-cola, that is what a hangover teaches us, if anything.
Bury the shame and guilt in oil and fat, where it can remain undiscovered and undisturbed. 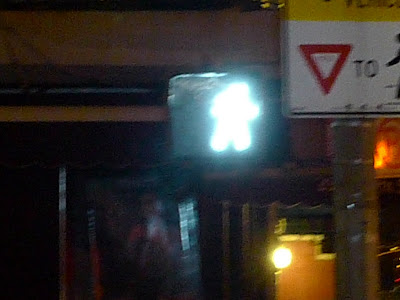