A clean well-lighted bill of health 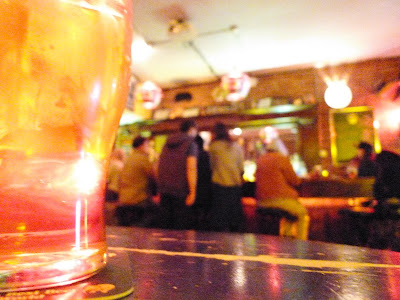 I have been far too worried about getting older. I went to the Dr. yesterday and he gave me an astonishingly clean bill of health. He was amazed at my supernatural recuperative powers.
"Whatever it is that you're doing, double it, triple it. You've discovered the magical health elixir. It's really working..."
He privately asked what my secret was. I told him that red wine and steak are the main ingredients and the magic combination, but the occasional experiment in pharmaceutical sleep-aids helps, lots of rest, especially during the daytimes on Monday through Friday, calling in sick to work regularly when the sick hours accumulate and allow for it. That's it... it's really very simple.
He said I'm as healthy as a horse, though Secretariat was the example he used, which was odd.
He gave me a prescription for Levitra, said it's best to have one and not need it, than to need one and not have it.
He repeatedly discouraged me from exercising, said that pushups will only skew my natural and god-granted vision of the earth. He was pleased to hear that I've suddenly increased my intake of coffee, and confided that it's a very natural response, and effective antidote, to the heavyweight sleep-aids I've been ingesting... nothing to worry about there.
I heartily agreed. As I listened to him talk I could hear the ever-inviting sounds of the oceans, as if a shell had been held up gently to each of my ears. I could feel the caffeine surging through my veins as I drifted off, his voice becoming very small and meaningless, as if it came from a very faraway place, a land of cartoons and comics, happy in this new fantasy knowledge and senselessness of health.
Posted by Sean Q6 at 11:20 AM