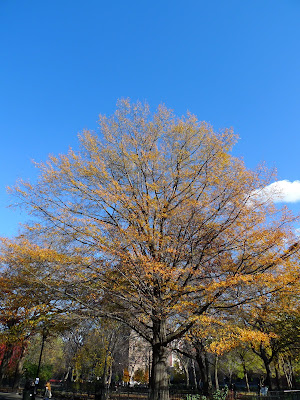 I find it interesting, in a somewhat self-involved way, that as my vision slips I have developed this sudden enthusiasm for photography. I've become more concerned with preserving some part of myself, and what I choose to preserve are the things that I can no longer see, things that are getting blurry at a distance. My vision is in that strange in-between state where I can still read without a problem but anything that is further away from me than the end of my arm begins to get hazy and lost. So I trust what the camera shows me more than I trust my own eyes.

I suppose it has always been that way, but now it is somehow different. I notice it more, the trust, the need for trust.

I was not involved in many activities of self-preservation when I was younger. This is not to say I wasn't vain, perhaps too much so, but my vanity was in how-much and how-well I could casually throw it all away. I granted myself many prince-like luxuries when it came to the wasting of the self, the tossing off of ambitions for the many retreats into leisure.

Every sentence in this post either starts with "I" or implicitly suggests it.

I was never the 'camera guy' in the group and I was usually moving too fast to be the subject of much photography. I don't have many pictures of myself when I was a younger man. I arrogantly believed in some unspoken credo that, "I'll never pose...", though that myth has been clearly and thoroughly debunked by now.

I never developed a very accomplished smile, among other photogenic self-doubts. That doubt about the smile persists. I still am uncomfortable with most pictures of me, especially ones in which I'm smiling. It usually seems forced and unnatural. Every now and then someone will take a picture of me while I'm laughing. I like those most of all, the un-obliged nature of them.

Once on a helicopter ride from Cuzco to Machu Picchu, Peru, while I had the only slight case of dysentery that I have ever gotten while traveling south of the U.S., a friend snapped a shot of me that is one of the better pictures I ever remember seeing, though I lost the email that had the image in it. I always found it odd how happy I looked while the entire bottom half of my body was experiencing a Guatemalan mudslide.

I've always felt that I was funny, though many must feel that way about themselves. Being funny can not be caught or preserved in a still image. Shameful moments can, and many have, and some of those are funny, but that is not the same. A close friend of mine, during a time of friction between us, once went to some length to assure me that many people did not find me funny. He even produced a statistic to back up his claims. I still giggle about it sometimes. It was as if a study had been done and instead of selling toothpaste, a series of doctors or close friends (all but 1 in 10, apparently) had agreed that I wasn't funny.

Impossible logic to argue with, that.

Things change. The passions become something else and we cling to the articles and ideas of youth long after their usefulness has faded. Any retreat from youthful indiscretion, no matter how graceful, strikes many here as the process of actual aging, something to be resisted at any-and-all-costs... and also to be resisted with equal ferocity: the open admission of it, aging.

Age is sin here. It is very simple to cross without Charon, but one can not easily bathe their children in the stygian waters of the river Hudson.

Aging. At some point along the way I became less intelligent and more opinionated. I could see it happening but would always fall back on the perceived comfort and arrogance of my youth. I could always console myself with the idea that I was still the smartest guy talking. But at some point it had stopped. I had just become boorish, overbearing, tedious to talk to, and nearly unbearable to love, impossible to change.

My memory began to fail me. I don't know exactly when it happened. But I would misquote, or confuse authors, or works, in a way that I had never done before. My mind softened, and with that softening I became even more determined, but not determined to correct myself, determined to fight age itself.

I lost. I don't remember when.

I've curbed all of that behavior as much as I can now and have begun the slow process of rediscovering a kinder, more thoughtful part of myself. Perhaps it is the photography. It has made me want to capture glimpses of goodness and beauty. Though my taste for the weird, the mysterious and supernal has not diminished at all.

I worry about things that I never before worried

the fresh and well-rested monster of seasons

multiplies in the skies above me at night

whether awake or deep asleep in reason

confessing all of these things

lost, or on fire in the winds

the age itself is treason 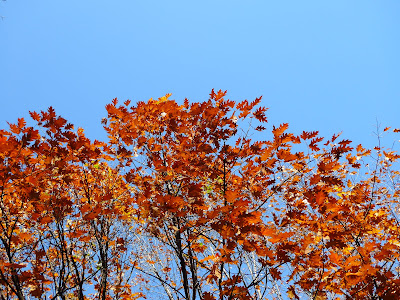