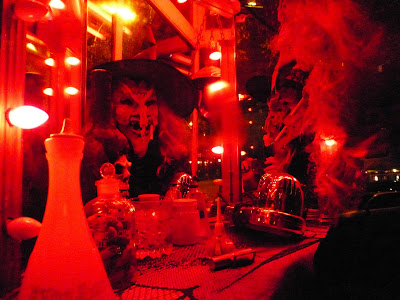 Nothing went horribly wrong on Thanksgiving, just the usual awkward instances one becomes familiar with in a family gathering. All things considered it was a pretty nice Thanksgiving. I have been feeling under the weather for a couple of days, which perhaps prevented me from embarrassing myself more than needed. It was all pretty standard shame, thankfully.
The true witching season is upon us now, the full moons will take on a more ominous and sinister appearance. The autumn clouds partially obscuring the moving luna for cinematic effect.
"Something wicked this way comes..." - Shakespeare
There are still so many things I will need to maximize the use of my camera. A tripod for taking starry night and full moon pictures, for one. The camera body and lens itself, for two.... I usually just hold my camera with my hands and get blurry over-exposed images like the one below, which was taken on the last full moon, the blue moon. I had always thought that a blue moon was two full moons within a single month but that knowledge had been debunked. Thanks wikipedia....
I am almost obsessed with taking pictures of scaffolding in NYC, though they are not much to look at, and I'm not sure what story they really tell, but I rarely pass the opportunity to photograph them. I think what I like is that it is not a single thing but a collection of many, many things arranged just so, as to obscure the exterior texture of the structure, while whatever changes occur underneath are hidden, a darkly opaqued endeavor.
I like the inverted sense of it emerging from the cocoon, like some hideous Frankenstein-like creation rather than the usually liberating butterfly story, a tale of transformation towards beauty. It's like the masculine counterpoint to the butterfly imagery and symbolism that so many women attach themselves to, my mother most of all. But it is a poisoned version of the tale, a near-total disruption of the meaning of the thing, and for an alternate purpose. It is a flightless and manufactured emergence. A monolith rather than a moth.
A monomorph of steel and stone. 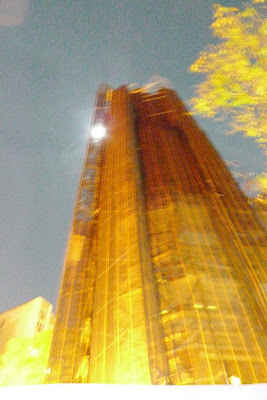