Budapest and Ave. B 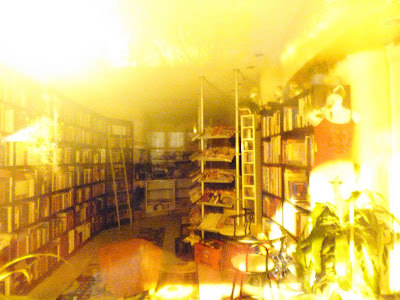 Last night after dinner, as we were walking home, a friend pointed out that there is an Hungarian bookstore on our street. I hadn't noticed before. Here I am worrying about whether or not books will be in print, and whether I should hermit some away, and it turns out the expatriate Hungarians are supporting and sustaining a bookstore right here in the East Village, just down the street from where I live.
Across New York there are probably others, some specializing in Hungarian cuisine, or architecture, or sports medicine. Who knows... soon Budapest will be on 12th St. The remains of St. Stephen are being shipped over to permanently reside in Tompkins Square Park. They'll be selling replicas of The Holy Crown in Times Square by New Year's Eve. Transylvania is the name of a new downtown bistro where they serve eternity tartare, and once every thousand years the Hungarians invade and sack the place... 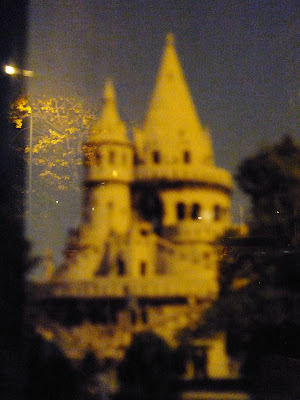 Ok, enough, but it is amazing that an Hungarian bookstore is alive and well on the streets of the village. I was shocked. The pictures above were taken through the window, as proof.
The picture below was just a yellow tree, trembling in the coming north-easternly winds. 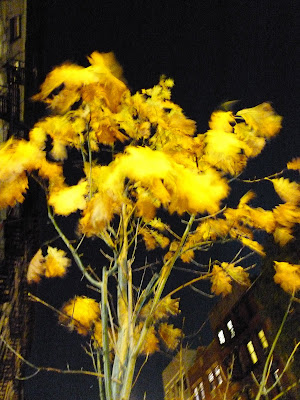