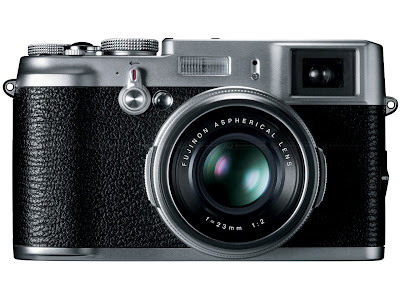 Nikon is pissing me off, they're acting like any other aggressive capitalist company.
I should know.
They're now selling the Nikon D7000, but only as a kit, with some freakin' useless hillbilly lens attached to it that only blind drunks would buy.
There's no reason that I can imaginatively conjure that would explain why they're able to ship boxes with this shit-ola lens in it that would also preclude them from being able to ship boxes with just the camera body alone, the way that I would greatly prefer.
I used to be in freelance distribution, you see.
They're trying to make me buy something I don't want, to get something I do want.
They've almost succeeded.
I am tempted to wait until Fuji releases the X100, pictured above. It is a rangefinder, and it is sleek, and retro, and sexy, and cool, and a good camera also, and much-much cheaper. It won't be out until sometime next year.
But,
But, it can not do what the other one can.
But, perhaps, it will allow me to be less obtrusive... less the "camera guy in the room", as my friend gently warned me against.
But, I no longer simply have a life of leisure, a Henri Cartier-Bresson I am not.
I want power and functionality, and I am willing to pay for it, Nikon.
I'm just not willing to wait for it.
"I want more life, father." - Roy Batty 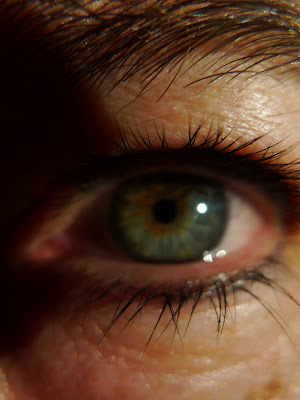