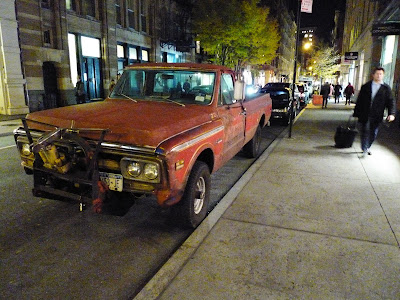 My wife and I have been talking again about possibly moving out of New York. There are other things we hope to do with our lives and some of those things are difficult to do in the city, others nearly impossible. We seem convinced that these things will be easier outside the city. So we discuss, we look, we imaginatively prepare.
The only other place I've lived for any extended period of time was in Florida. I remember what it was like to live there. It was nice to be able to go to the beach, and there are a couple of months each year when the weather is nice. When it is not unbearably hot and humid, as if you are walking through a sauna. But most of the time it is unpleasantly soupy.
It is cancer from above. It's like living in an enormous outdoor microwave.
After living in Florida for 30 years I am not eager to go back and live in a place like that. For my wife it is simply out of the question to live there. I believe that she would want to stay in close proximity to New York.
There are only three seasons in Florida: January, February and Summer.
I have long maintained that New York is where people go to finally become the assholes they know they really can be. It is a place that also attracts people of all types of various talent. But, it is also the asshole epicenter, a place where assholes go to finally blossom and come to life. They can be as selfish as they want, because there are always the unceasing crowds to mask their behavior.
The assholes believe that they are the ones with talent and they are justified in the way that they act. You can see it in their faces, in the things they do, it can be felt in the way they talk and think. It is a sort of frustrated determination to exert themselves over others at any and all opportunities, especially in meaningless victory. Whereas expression is inviting, their behavior is demanding. I doubt that most of them can see or sense the difference. One only needs to ride the subway for a few days to encounter a concentration of them, acting out their exalted fantasy of self.
"The asshole's natural environment is generally not able to sustain their particular creative needs, so New York becomes the obvious choice to migrate to. Upon returning to their original habitat this transformation becomes increasingly evident." Q.6, PhD in circular studies
In Florida there are a fair amount of people that might be called "rednecks" by some... simple, country folk that like to procreate and watch cars race on weekends. Perhaps once my wife and I have children I will discover a new love of NASCAR, The National Association of Stock Car Racing. It is an organization that prides themselves on the ability to take left turns at very high speeds. The cars are supposed to be "stock", meaning that they were not designed with the express intent to race, though this is a patently absurd claim as all of these vehicles have been greatly modified, but the myth speaks to the mind of the average American in a seemingly unique way. It informs the dreams of America with roaring whispers of both pride and profit.
It is a family owned business, NASCAR, based out of Daytona, Florida, not far from where I grew up. Daytona was a beach that I usually avoided. It is where first-year college students go to fall from balconies, and young adults go to get arrested for the first time, and for some it is the place where they come in contact with venereal and other communicable diseases.
There are many other beaches much nicer than Daytona, and not far from there, like Cocoa for example. It is something you learn at a reasonably early age, that Daytona is to be generally avoided. It is like a border-beach. I'm certain that somewhere within its city limits there are shows where you can see women have sex with a donkey, or donkeys, for money. It is that type of place.
If we leave New York we will need to own a car, or cars.
I owned several different pickup trucks when I lived in Florida. It is a convenient vehicle to own. One always seems to be in need of transporting unwieldy objects there, objects that you would not want on the interior of your vehicle, but rather ones that belonged in the back of a truck. Or perhaps it is just that because I had a truck I was always the person that would be doing such things. If I owned a motorcycle then maybe I would only have been transporting under-age girls from wherever I was to Daytona.
I never owned a donkey either, but maybe that is a story better left for another time. It is difficult to say, and it is a story that requires truth and patience.... 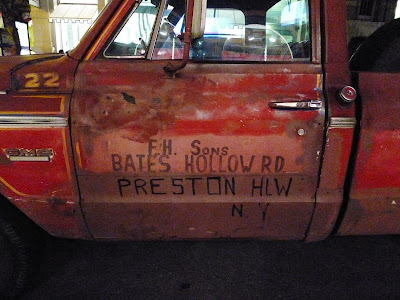