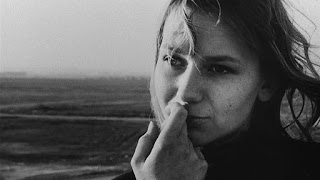 This is not the film you want to watch now. I was rushed for time after cooking dinner and putting the boy to sleep. It is only 28 minutes long - a featurette, I read, in Wikipedia. I mispronounced the title to R and looked it up to confirm that is translates to The Pier, and to confirm my mispronunciation. I was saying it as, A Throw, in French. Or, A Jump. I don't know. I'm too exhausted to figure any of it out any more. Its message seems to be that we will never understand the present, past, or future, in that order.

It is fascinating how little motion there is in this film - a woman blinking - yet there is a strong visual narrative - unforgettable, even. It is dystopian science fiction. The movie that was used as a basis for 12 Monkeys. Unnecessary to watch during a global pandemic, to be sure. But again, I was pressed for time and have not quite yet run out of stupefacients. Which is nice. 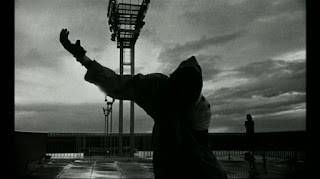