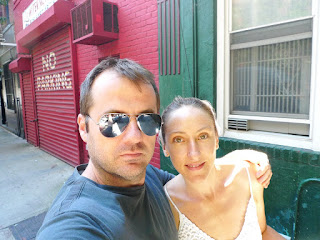 I started to watch Taxi Driver, but decided against it after the first act. The score stood out. Bernard Herrmann, one of the greats. Famous for his work with Hitchcock and others. I guess I wasn't in the mood to commit to an almost two hour film. It ends in sensational violence. Hard to forget that aspect of it.

Going through old pics tonight, trying to find some that I have lost along the way. The first several years of taking pictures I had very little of an idea what I was doing. The few pics that I do like now seem to have happened mostly by accident, when seen in context with the others. I used to take so many more pictures of inanimate objects - buildings, windows, doorways, corners, cars passing, flagpoles, etc. Just compositional efforts, trying to learn the language of framing. Now, it is rare that I take a picture when there is not a human in the frame. Something changed. It must have been me.

Odd thing, what images do to a person over time. You remember seeing a part of the world the way you saw it then, the exact way. For many of them I remember the specific context, also. That is a part of their purpose, I suppose. I once read that a large part of the mind is dedicated to processing images. Yet few of them require or incite much contemplation. Their effect is more immediate. Most of them require little contemplation, until one does.

I have always had a poor sense of time's passing. Rarely am I ever able to accurately guess how long ago something happened in years or months or weeks. I don't imagine that's a sensibility that I'll suddenly develop later in life. Sleepless hours stretch out into an eternity.

What happens to the sense of seduction? An obsession so mild that it works. I'm relieved that I didn't finish the film, though I would not have minded the music. 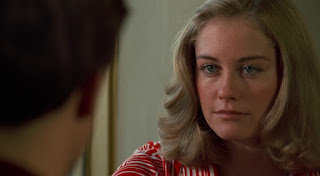