All you wanna' do 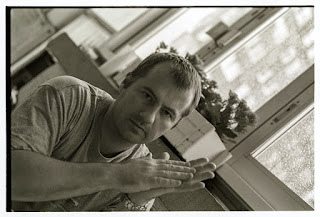 Fuck. I have become a working man. It seems that it is all that I do. With very little sleep last night, I still worked all day today. It was a strain and I did so with a persistent headache. Tonight, I have ingested the elixirs. I must write quickly before their grip drags me south to the underworld. There can be no fooling around tonight - sleep is a sine qua non. I must go into the weekend rested, if I ever hope to steal from it what is intended.

The picture above was taken when I was with another woman. A girl, really. She was somewhere between those two ways of being, perhaps. Camille - she played a big role in my life and then disappeared. Towards the end of our relationship her sex life became more active than mine. We're friends now, but that friendship did not appear easy at first. She had broken me. Broken me in the way that other women may wish to reserve for themselves. Broken me in such a way that Rachel would never forgive or acknowledge.

The three important romances in my life - Honey, Camille, and Rachel. In that order, with generous overlapping in the friendships and some commingling of the romances. Camille occupied two years in the beginning of what might have been mine and Rachel's time, otherwise. Though Camille and I had started two years before Honey finally wanted no more of me. Not sex with Camille, but something worse: intimacy, fond and deep friendship. It caused Honey to marry a golfer.

Somehow Amy, my first wife, has drifted into the aether. Though I still love her and think of her fondly. She and I used to laugh often. Though the same could be said about Camille and I, and Rachel and I. Honey was very sweet to me, and tolerant. I remember putting my head in her lap and feeling something I had never felt before, something warm and affectionate and true. I miss her and think of her fondly as well. Of course: Rachel. You do not give a woman a child, intentionally, that you do not believe that you will love forever. Or, the version of forever that yet remains.

My male friends have wondered, and some have asked, how I am able to lure such beautiful women into my life. It is the laughter. What is CS's saying, women find you funny until they don't. That is consistent with my experience. I have been lucky at making the women in my life laugh anew. It's not always perfect, but it is often unexpected. The best of things often is.

I may wake tomorrow and think of yet another love I have had and enjoyed. The memory of laughter arrives on the waves of sleep like the whisper of a favorite and familiar song.