Island on the Shore 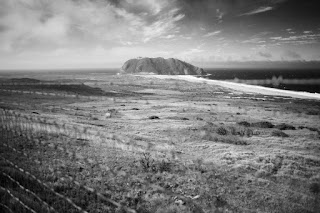 I have nearly run out of my medi-butter. It is what helps me sleep, when I take it before bedtime and then let myself drift away without distraction. I have promised myself to keep my phone and computer in the other room. There is only so much of the world you can take in a day.

CS is right. He kept me up too late last night. I slept in also, though such a thing was ushered in on the wings of pharmaceuticals. I was drinking last night - wine - but it brought me little happiness. Before calling CS, I had called another friend in a faraway land and he was, surprisingly, there with yet another friend from an equally faraway land. They were doing cocaine. It made me feel a little bit depressed. Or rather, it added to my feelings of emptiness rather than assuaging them. Even though it was good to see both of them. They are not tasked with my loneliness. They may have felt that they were being their brother's keepers.

There is nothing to tell. Or, less all the time. I am trying to find happiness in escape, knowing there is little there and is of a temporary nature. Then, I will wish escape from one form of escape to another. The tunnel at the end of the tunnel.