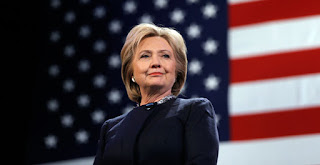 (The Stars and Streps)

Trump is coming. You can hear his gargantuan footsteps in the distance, like thunder along the north shore of the Rio Grande.

His first official act will be to appoint Ronald McDonald as chief justice of the United States.

He makes the greatest hamburgers. Very successful. Ronald's a close friend of mine. I donated to his campaign to build his hamburger house.

The Emperor Clownigula has arrived.