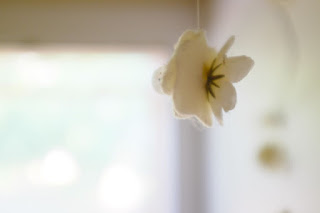 I've lived as if enduring a nearly perpetual breakdown since sometime in my early 30s. It seems that maybe there was a big breakup, or a series of upsets that seemed like a big breakup, or both, endured concurrently.

Lately, I'm giving myself a taste of banality, of losing one's mind in the standard way, slipping into the ravages of age, all for reasons that are also escaping me. I lost yet another pair of glasses, only two days after breaking another screen on my iPhone. The losing of the glasses is unsettling. Anybody can let a phone slip out of their hands. You still have the object to time travel with. It tells the tale of the action that was of recent disappointing significance, and shows you alternate universes from the past. Losing a pair of glasses that you remember having only minutes before makes no sense, it gives a glimpse into the inevitable, and an alarmingly clear one at that.

I'm terrified of this recurring loss. I can withstand the eccentricities of being unstable, but a life of losing intimate or personal objects without explanation, I had hoped to only enjoy that as part of my last few confusing moments on earth. Even if I were to find the glasses when finished writing this, that victory alone can not erase the feeling of being increasingly baffled concerning the nature of the life around me - not understanding my relationship to space, losing touch with objects which permit time to appear as an indiscreet whole, suspecting that there may be a stalking thief moving within the fog within me.

To make matters worse, in the middle of typing the two above paragraphs, sitting on the couch watching the new Jungle / Kipling thing with the boy. It suddenly dawned on me that I forgot to pick up the boy's night-night from Mom, his personal blanket. I looked around the apartment. I looked in the car. Nothing. I had the boy prepare to walk to Mom's so that we could recover it, knowing that it had to be there. She and I had discussed it earlier, I thought. The boy and I had our shoes on. I had texted her. There was some back and forth text confusion before she finally made clear: the night-night wasn't there.

We looked everywhere around the house, again - nothing. Looked in car, again - same. Loss is a form of panic with a limited set of symptoms. Something is slipping away from very near to me - physically, mentally, spiritually. The objects of my life are dispersing into fading pieces, disconnected from the thing that I believed had connected them: me.

Entering a mist made of lost scattered pixels, unable to tell if I am meant to be there. The internal becoming an unfamiliar realm. The loss of objects in the physical world a manifestation of that detachment, the ever ennui. Each missing thing echoing another missing connection. Each untethered piece taking its portion from the whole, drifting off into the dark, spaceless distance.

There, a thief disguised by thievery; brazen efforts, encouraged by success. Peer into fog, wishing to see something there moving, the rumor of a shadow, the murmuring of some evidence. Dreaming on patrol, of plotting, of placing hands around the neck of it, recovering so much loss in the snapping of that single next second.