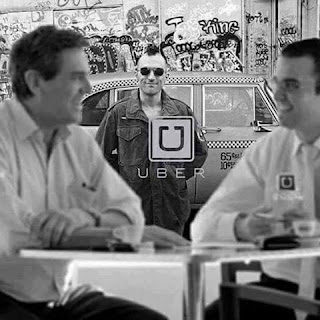 I definitely fucked up something in my shoulder. I have very limited mobility, though not enough to stop me from shaving my head last night. I started off just trimming my hair a bit, using a beard clipper, with guards. It seemed like it was working pretty well and I had it looking nearly normal, which caused me to be a little bit more emboldened than I might have been otherwise. I just kept cutting away and more kept coming off, but I couldn't seem to find a way to make it appear uniform, so there arrived a point at which shaving it off was the only option I had left myself.

Here is the result of my dalliance with uber white power fashion: 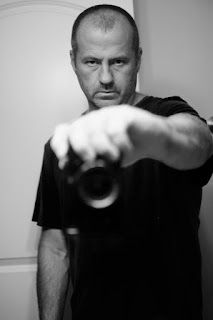 Fuck, speaking of... I engaged in an online conversation concerning race (sort of) with a friend of mine and it didn't take very long for the entire thing to slide off the side of the table. I blame him, of course, but looking back over the conversation I now realize where I fucked up. When you are a natural-born liaison for the white power structure it is best not to discuss the actions of a person of color in the U.S. My buddy - who we'll call Ché for the purpose of this post - wasted no time in pointing out that for me to have an opinion on the actions of a person of color is an indictment against all persons of color, and has foreboding racist implications. So, I shaved my head.

No, I kid of course, but it is becoming increasingly difficult to stomach the self-righteousness of some. The indignation is much easier to suffer, because it at least seems justified. I'm no stranger to the impulses of self-ness, but the partisan polemics of social media has created a nuance vacuum. There is only one way to feel: in support of good things. Or, you could choose to be against bad things. Those are your options. America, get used to it.

So, I took the conversation offline and sent him what I believed to be a thoughtful private message discussing my ideas and pointing out his many logical fallacies, though only to the point that was necessary for me to continue the conversation. Nothing. No response. His much anticipated race war must already be underway. Ah well, I try to understand that some do not possess the requisite neurosis to discuss anything with me at length. My conversational style has been likened to that of following someone else on a never ending bender for reasons that never quite become clear. Ché has indicated in the past that he is only willing to discuss something with me if I am also willing to follow his ideological positions to their inevitable conclusions. Afterwards, I suppose that we might both be able to glow in the warmth of our newfound and allied righteousness. The effect of post-structuralist thought has been both pervasive and incomplete. When I did keep the conversation on topic he didn't seem to like that any more than the other.

Who knows. The conversation did have me in the very unusual position of treating cops as humans and refusing to see them as a unified whole worthy of symbolic derision. It is a position that I don't agree with either. So, as you can imagine, I was outside of my comfort zone.

I have another friend on the other end of the race issue spectrum with whom I am having an equally challenging conversation. Let's call him Adolph. I harmlessly meant Adolph Coors there, of course, you little fledgling fascists.

There are actually two of them, and they are both slightly different versions of Archie Bunker. One is thinner. Both advance a sort of Reader's Digest Condensed version of the main bullet points that can be gleaned and enjoyed from Fox News. They are happy to offer their opinions on anything from enforcing current immigration laws to what exactly might be the problem within black communities. It is spellbinding to watch it all unfold.

The biggest impediment to conversation, for me, is humorlessness. I can stand all of the logical leaps and fallacies, the accepted biases, the shortcuts through any data that doesn't support the preferred leanings. It's the abject seriousness which people regularly export, and also expect to be afforded in return, that I find so objectionable. Perhaps they believe their own opinions to carry the same gravity as the issues in which they are they are free-association opining. Everybody is correctly aligned with the aggrieved and the oppressed, no amount of caution allows approach to the sanctity of their well refined and deeply moral opinions upon the unjusticeness of everything. There is only damnation towards the listener for having listened wrong, again, or not adapting quickly enough with the subtly changing tides of the struggle.

If I were any less of an observer I might be tempted to believe that being white is fast becoming the toughest job there is. If.

Well, here I am once again, writing about things in which I can not fairly provide context for, nor give specificity in the details that might matter. It is a poor habit of mine, though it would be unfair to give only the details that supported my side of the conversation. I mean, I did shave my head, I must be a racist by now, or soon, because it enters through the head and exits through the mouth, where it often multiplies through misuse. All race is a copy of a copy of a copy, so there will be some unfortunate blurring. They're not white or black, they're just a copy of other people who possessed those same qualities with greater clarity.

That alone should help bring a calming sense of closure to my conversational counterparts, but no.  I would call them equals, but fuck... my assumptions have done nothing but damage in that regard. Some are still more equal than others.

Don't worry, my timid readers, by tomorrow I will have wandered back to the safety of amber level white privilege. Until then, I'll wash my dishes like any other Mexican, one at a time.